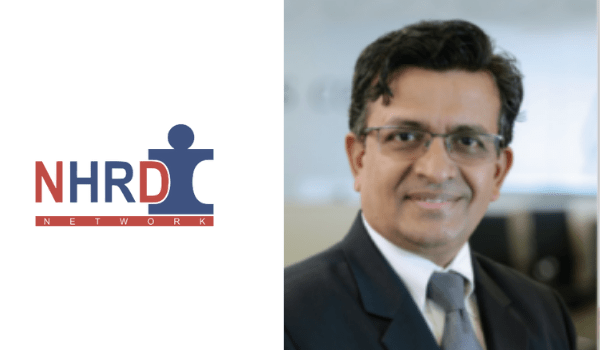 SV Nathan, partner and chief talent officer, Deloitte, has been appointed the national president of NHRD for 2021-23. Nathan, who is a member of the India leadership team and part of the talent executive leadership of Deloitte, Asia Pacific, has more than three decades of experience in the HR domain.

A recipient of many prestigious awards, Nathan has earlier served as honorary national secretary, NHRDN, for four years, from 2013 to 2017.

Well known for his ‘#OfficeTruths’ on LinkedIn, this avid blogger has a strong social-media presence.

During his long and chequered career, he has worked across manufacturing, services, telecom, information technology and professional services. Having joined Deloitte in 2005, as senior director and chief talent officer, he has already spent over 16 years in the Company.

Nathan shares with HRKatha that as the national president for NHRD, his focus will be mainly on three things for this year. First, giving opportunities to younger HR professionals so that they can serve their businesses, and the community at large. Second, focussing on HR technology, and third, helping in developing, caring and connecting all the members.

“Personally I want to form a Millennials Council. I hope that young HR professionals will play a significant role in fulfilling our objectives, and senior members will give them the opportunity for the same,” tells Nathan.

A regular speaker at national and international forums, this alumnus of XLRI Jamshedpur started his career with ICI India as a personnel manager in 1983. After successfully leading the HR and IR matters for ICI in South India for 11 years, he moved on to Sterling Holiday Resorts as general manager – HR in 1994. In 1998, he joined Microland as VP-HR, before shifting to Planetasia (GCI) as chief people officer three years later. Nathan’s next stop was Reliance Infocomm, where he was head – HR, for about two years, responsible for end to end HR services for the Network division of the Company.

Appreciated by many for his coaching, mentoring, leadership and life skills, he is known for his ability to motivate.

Nathan is also chairman of Sumedhas, a not-for-profit education and research body focussed on organisation development.