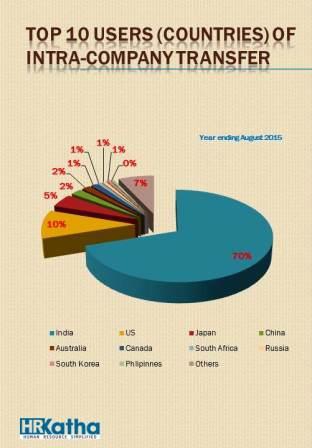 An upfront charge of £1,000 per year of the visa applied for, implies that ISC for a three-year visa would cost £3,000.  As per estimates this would raise over £200 million a year.

Britain’s Migration Advisory Commission (MAC) has submitted a report to the UK Prime Minister, David Cameroon, on balancing migrant selectivity, investment in skills and impacts on UK productivity and competitiveness.

The commission has reported that the number of people entering the UK through Tier 2 visas is much more than what it appears to be.

Therefore, MAC has supported David Cameroon’s focus on boosting the human capital of UK residents via a skills levy on firms that use migrant labour.

It has suggested an upfront charge of £1,000 per year of the visa applied for. This implies that immigration skills charge (ISC) for a three-year visa would cost £3,000. As per estimates, this would raise over £200 million a year.

The three reasons cited by the Commission for implementing the same are:

First, the ISC — like the proposed hike in minimum pay thresholds — raises the cost of immigrant labour, and therefore, contributes to the stated intention to reduce numbers.

According to the Commission, the revenue from the ISC can be used to help rectify this lack of investment in UK’s human capital.

The other source of migration is Intra-company transfers (ICTs), which means an employee of a multinational company(MNC) can be transferred from a workplace outside the UK to a workplace within the UK. The conventional example is a Japanese auto engineer moving from a car plant in Japan to the UK, perhaps to manage the installation of an assembly line. In recent years though, this conventional channel has been increasingly dominated by companies using ICTs for third-party contracting. Indian IT workers comprise over 90 per cent of such migrants.

Under this channel, the MNC typically sends the Indian IT worker from India to work on a project at a customer’s third-party site, although sometimes, the project for the customer is done at the MNC’s own site.

The Commission has stated that the net benefit of the third-party contracting channel is lower IT costs, which benefits many firms, comprising UK plc. On the other hand, the ready supply of migrant labour sometimes reduces the incentives of firms using this business model to invest in the human capital of UK.

In the UK, compared to other subjects, computer science graduates have higher rates of post-degree unemployment.

MAC has suggested that all ICTs should be required to pay both the Immigration Health Surcharge and the Immigration Skills Charge (except Skills Transfer and Graduate trainees), ensuring consistency with migrant workers under Tier 2 (General).

Besides, the required prior experience with the employer should be raised from one year to two years. This will help ensure that the transferee is steeped in the culture of the company. It has also recommended that sponsors be required to enter a more detailed description of the role on the Certificate of Sponsorship application form, to ensure that the role is sufficiently specialist.

The Commission has also suggested raising the cost of these third-party contractor workers over and above the recommended increase in the minimum pay threshold and the proposed ISC. We recommend the pay threshold be set at £41,500, the effective benchmark for senior managers and specialists.

In the year ending August 2015, more than 70 per cent of all applications within the Tier 2 (Intra-company Transfer) route were for Indian nationals, of which 86 per cent were working within the IT sector.

The Confederation of Indian Industry (CII) has given the rationale that Indian companies operating in the UK need to bring staff from India to act as links to the parent company due to their familiarity with the languages spoken in India, the country’s culture, knowledge about its business climate, and the Indian regulations and policies. They justify that such staff is familiar with the company in India and their skills cannot be developed through training.

$3 million raised by Kanarys in seed funding round