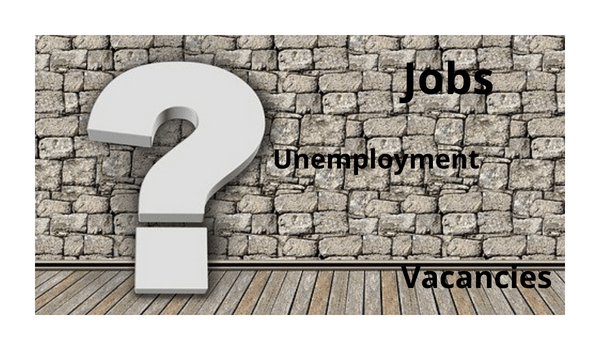 According to data from the Centre for Monitoring Indian Economy (CMIE) India’s unemployment rate rose to a one-year high of 8.3 per cent in August, with employment falling two million, to 394.6 million. On the other hand, in the US, job vacancies have unexpectedly gone beyond 11 million since late last year. That means, employment growth has beaten all expectations, with unemployment rate declining 3.5 per cent.

In India, the month of July saw unemployment rate at 6.8 per cent and employment at 397 million.

The employment rate in rural India fell from 37.6 per cent in July, to 37.3 per cent in August. This dip is attributed to erratic rains affecting sowing.

In the US, employers hired more than expected in July, causing unemployment rate to fall to 3.5 per cent. This has led to the belief that recession has been kept at bay.

In the month of June, about 398,000 jobs were created. About 132,000 jobs were added in the private sector of the US in August, which indicates that there has been growth, albeit slow, given the tight labour market.

‘Millennials are lazy in updating passwords’: what’s the message for HR