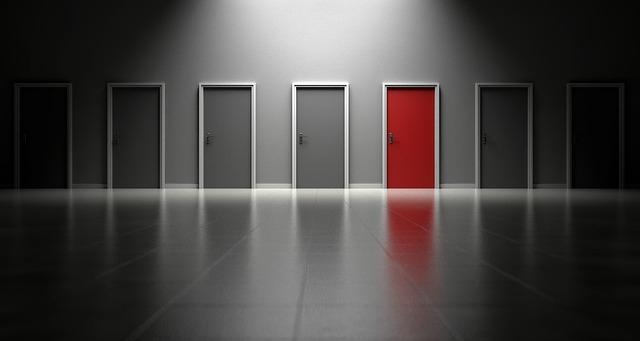 Knowing the solution to a problem before others are even aware that something is ‘wrong’ is deemed by some as concrete proof of their elevated expertise. Fair enough. Unfortunately, from everyone else’s perspective, those solutions — seemingly disconnected from the issue at hand — lack credibility and are considered unconvincing.

Ironically, just as everyone else is totally unaware of the original problem — never mind the solution — the experts are blissfully unaware that others have no clue what they’re talking about.

This disconnect in awareness is both problematic and teeth-grindingly frustrating to the experts, who are only trying to create positive change by solving an existing problem. The experts (I speak from the experience of being a card-carrying geek/nerd in my younger days) know they are right, and if others would only listen to what they have to say, then the problem could be quickly solved.

This miscommunication between those who are aware of a solution and those who are unaware of the problem is one of the root causes for failed Change initiatives.

The change management problems we encounter aren’t directly generated by this knowledge gap, but by how the experts choose to address this inequity of understanding.

Based on my own progress in understanding ‘change management’, here are some of the mistakes I’ve made and the lessons I’ve learned over three decades in the IT industry. And since I’ve used ‘I’ a lot… I’ll continue the trend.

Ignorant: Sadly, I wasn’t always aware the gap existed. I assumed that everyone I spoke to understood the problem as well as I did. I don’t notice when the person I was talking to stopped listening and or their eyes glazed over. I was totally oblivious to the lack of communication taking place.

Incivility: Listen to those who ‘know’ talk about those who don’t regardless of the area of knowledge — technology and computers are two good examples. Admittedly some of it is hilarious — I’d be disingenuous to claim otherwise. Appreciating slapstick humour is a human quirk and beating ourselves up because we laugh at banana peel jokes is pointless. We laugh and get over it. As long as my humour remained a private vice, I was okay, but when I allowed it to negatively affect my client relationships then I deserved to fail.

Irreverent: When I did become aware of the gap, I didn’t pay it the respect it deserved. I figured that if the listener just tried harder, or if I spoke louder and slower, that they’d get it. Needless to say this was the wrong approach. I failed and my clients were increasingly frustrated.

Indifferent: After I became aware of the gap, I still considered it to be their problem, not mine. My belief was that I was paid to implement solutions to problems, not to get others to embrace my solutions. I never realised that the solution to the miscommunication problem was mine to seize. I was young and naïve then. I’m older now.

Intolerant: Life would be so much easier if I didn’t have to wait for others to catch up! Why can’t everyone understand this as well and as quickly as I do? Why do I have to wait while they learn? Or worse still, why do I have to be the one to teach them to use what I’ve built? I wish I could say that those thoughts never belonged to me, but instead all I can offer is that I grew up and grew a tad wiser.

Infallible: Technically, there’s usually a right way and a wrong way to solve a problem. It took me far too long to recognise that technical considerations are not the only important aspects when solving a problem. Business considerations, usability issues, cost factors and even aesthetics are all equally, if not more, important. As a techie, I always had all the answers, even when I was ignoring the questions.

Inflexible: I’ve my own way of learning. When approaching a new technology, I’ll skim the manual to find out ‘what can be done’, and pay no attention to ‘how to do it’. My memory is good enough to lead me back to the exact page necessary when I needed to do something. I absorbed the broad brush strokes of technological concepts and ideas. I expected everyone to learn the same way I did. I allowed no deviation from what worked for me and puzzled over why this frustrated my clients and why their knowledge wasn’t advancing.

Infuriated: I worked hard to upgrade a user’s system to the latest version of their primary application. It increased their capability ten-fold. I expected gratitude from them for making their lives easier! What do I get? Complaints and whining! Discontent with this and that! Don’t they appreciate what I’m doing for them? It took me a long time to appreciate their point of view that I hadn’t done anything ‘for’ them, but I’d done a lot ‘to’ them. For starters, I’d taken away their status quo, their competence, usually without asking their permission. The result? Totally unnecessary resistance to change brought about more by my attitude than by the technology.

Impatient: “But it’s just common sense!” the naïve techie cries in frustration as a user fails to get what the techie considers so obvious that it defies teaching. That naïve techie was myself. I’d forgotten that it takes time to learn something. My assumption was that this was easy for everyone. It wasn’t, and still isn’t. Pushing them only caused them to push back. I was creating my own problems because of incorrect assumptions.

Insufferable: Pretty much sums up how our users see experts. Given some of the sins listed here, who can blame them?

Irrational: Change is difficult. It can’t be managed. Users will never understand what we’re trying to do, so why bother trying? These are the perspectives of a technical problem solver who’s given up on common sense. It’s a short-sighted, career-limiting vision. Granted, people problems are far more difficult than technical problems, and there’s no ready manual to read, but they’re not impossible to solve. It just takes intelligence, patience and a desire to solve difficult problems. Things we quite often pride ourselves on.

Incompetent: Finally I became aware of the gap, and recognised that as the person who arrived at the solution, I was also the person best positioned to get people to embrace it. There was one small problem. I had no clue how to get people to move willingly from an old way of doing things, to a new, improved and better way.

That’s when my job became Interesting.

Have we given up on being nice?

Traditional approaches have to take a backseat: Sriharsha Achar