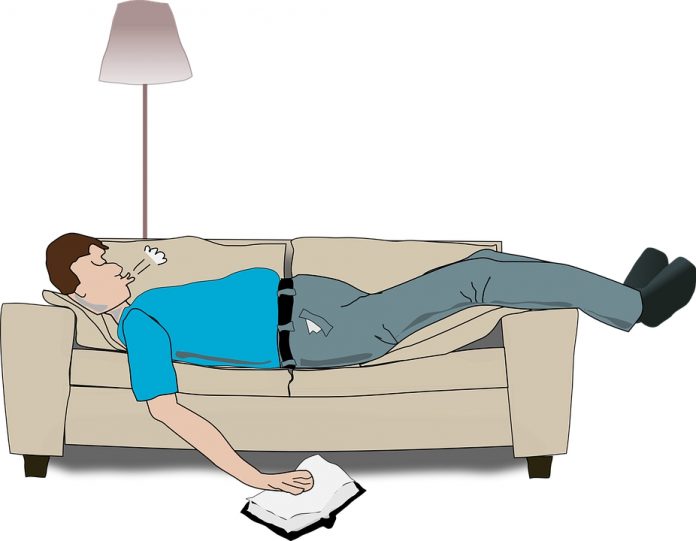 A survey of 196 business leaders found that nearly half did not get enough sleep at least four nights of the week, while two- thirds were generally dissatisfied with how much sleep they got.

In this hyperconnected world, most of us are losing sleep, and unfortunately, we don’t even feel bad about it. In fact, sleep is one thing that we happily sacrifice keeping all other priorities intact. Sleep is an important biological activity, which is essential for the healthy functioning of the mind and the body. Yet, most of us do not feel the need to practise healthy sleeping habits.

A survey of 196 business leaders found that nearly half did not get enough sleep at least four nights of the week, while two- thirds were generally dissatisfied with how much sleep they got. 83 per cent said their organisations did not spend enough effort on educating leaders about the significance of sleep. Sleep deficiency can undermine important forms of leadership behaviour and eventually impact financial performance too. According to the Philips Healthcare Survey in 2015, 93 per cent Indians are sleep deprived. This is a warning for us to correct our lifestyles and make necessary changes to be both fit and productive.

Enough research has been done to explain how poor sleeping habits affect cognitive skills, such as problem solving, organising, decision making, creativity, judgements, inhibition, planning and execution plans. It is also known that leadership behaviour relies on at least one or more of these processes.

Leadership depends especially on the functioning of the frontal, decision-making regions of the brain and the capacity to integrate data from the two hemispheres, where the left deals with what is known and the right deals with the barely-known. Impairment of this region of the brain with poor sleep and lowered energy supply is a severe handicap to effective functioning. This is because under deprived conditions the available energy goes into keeping basic functions working.

McKinsey Research has also highlighted a strong correlation between leadership performance and organisational health, itself a strong predictor of a robust bottom line. In a separate study of 81 organisations and 189,000 people around the world, they found that four types of leadership behaviour are most commonly associated with high-quality executive teams: operating with a strong orientation to results, solving problems effectively, seeking out different perspectives, and supporting others. What’s striking in all four cases is the proven link between sleep and effective leadership. After having all the statistics in place, it is time to ask, what are our leaders doing about it?

There are corporate wellness programmes in some companies, such as L&T, Wipro, TCS and Google, but for most it only exists on paper. It is high time that employers and employees realise that working late at the office, skipping vacations and doing overtime does not make one productive, but sick. Investing in employees’ health is the need of the hour. Happy and fit individuals are the key to productive employees, which eventually would reflect in higher organisational performance and profit.

It would be apt to say that if you want to lead well, you should sleep well.

(The author is a PH.D scholar of TISS (Tata Institute of Social Sciences) Mumbai. Views expressed in the article are the author’s own.)