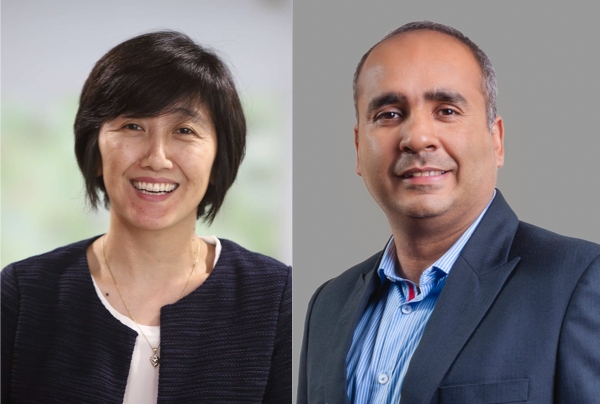 Ongmu Gombu, EVP-HR for the Indian Subcontinent will take on a pan-Asia role, while Rahul Kapoor, the current HR director for Japan, Korea and South East Asia will step into her shoes.

Ongmu Gombu, EVP-HR for Indian Subcontinent (ISC) at GSK Consumer Healthcare has been elevated to a pan-Asia role. She will now be vice-president, HR operations lead, Asia. Gombu has been managing HR for GSK ISC for the last three years.

Gombu’s position will now be taken over by Rahul Kapoor, who is currently HR director for Japan, Korea and South East Asia at GSK. He will take on his new role from June 1, 2018. Kapoor will report to Arun Sehgal, vice president-HR, Asia Pacific, and support Navneet Saluja, managing director, GSK Consumer Healthcare. He will be a part of the ISC Leadership Team at GSK.

Gombu joined GSK in 2015 from Baxter Healthcare. An alumna of XLRI Jamshedpur, 1994 batch, she started her HR career with Essar Oil. After spending over two years at Essar, she joined Gillette as assistant manager-HR and stayed put for more than 11 years. She witnessed the acquisition of Gillette by P&G and the transition that followed. At Gillette too she managed a pan-Asia role.

In her next destination, Baxter Healthcare, she headed total compensation, the HR operations centre of expertise for Asia Pacific and the Global HR shared-services function. In 2014, she was named director-HR for the emerging Asia market.

Kapoor also comes with over two decades of experience and has been with the company for close to a decade. He joined GSK as the talent acquisition head in 2008. Thereafter, he moved into the role of HR Business Partner, Sales, Value Chain, Procurement, Bangladesh and Nepal, and later took up international roles in South East Asia. In July 2014, he was named the HR business lead for Consumer Healthcare Asia. Post the Novartis joint venture, he was appointed HR business lead for South East Asia and Japan/ Korea.

Prior to GSK, Kapoor worked with ITC and GE. He holds an MPM degree in HR from the Symbiosis Institute of Business Management, Pune.