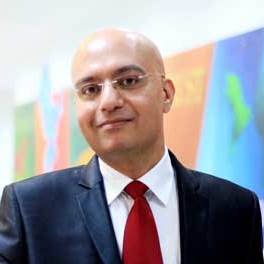 In a movement sought after by most HR leaders, Sampat’s new role entails huge business responsibility along with managing the HR at the company. A founder member of the organisation, Sampat had joined as the second employee, and helped build the company from scratch. Hence, he was leading HR for the last five years. Also, “Since I was a part of the organisation since its inception, I always had a sense of how the business was growing,” Sampat adds.

After five successful years, the organisation was looking to restructure roles for people, helping them explore areas that they had not worked in earlier. In line with that, Sampat picked customer service and business operations as his new territories. He is now involved in managing the national call centre and business operations, which entails policy processing — beginning from processing at the branch, wording of the documents, their arrival at the central processing unit and their dispatch.

Talking of the reasons behind the organisation entrusting him with the new responsibilities, Sampat says, “What has helped the organisation trust me with the role is the fact that I have been involved in the business from scratch. I have seen it grow from a one-person organisation, witnessed its first policy being rolled out, and participated in its journey to the level it has reached today. While I have also been part of HR, my involvement with the business has always been high. In addition, eight of us who report to the CEO, see ourselves as the leadership team rather than just the functional heads. We play an equal part in making decisions that involve the organisation and not just our functional areas.”

Sampat, who has earlier worked with The Karvy Group of Companies, as the group head-HR, is a post graduate in personnel management from the Symbiosis Institute of Business Management. He has also worked with UBS, Kotak Mahindra Bank, Standard Chartered Bank, Larsen & Toubro Infotech, Crompton Greaves and Siemens in the past.

Citing this as another reason for being comfortable with a larger business and HR role, Sampat shared that the company has a unique initiative where the third-in-line reportees to the CEO or the direct reportees to the eight CXOs or functional heads meet with them for one-on-one informal hour-long sessions on a monthly basis. Therefore, over a year, each of the functional heads interacts with two of the team members, who are third-in-line, every month — like having a skip-level meet, but from a different function. This gives them a context of what is happening in the different areas, providing mutual learning opportunities, while keeping the leaders up-to-date, with not just their own functions but with all that is going on across domains.