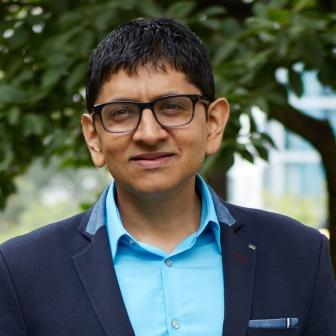 Exactly a year ago, Nagaldinne had moved on from Facebook to join a healthcare startup Context Media (Now Outcome Health) as chief people officer. Back then he had also shifted his base from New York to Chicago. HRKatha was the first publication worldwide to report this development.

Madan Nagaldinne, the former head of HR at Facebook and Amazon is all set to join a real estate technology company, Compass. He will take on his new responsibilities as the chief people officer on September 1.

Compass is a technology company building the operating system for real estate, an end-to-end platform that supports the entire buying and selling workflow. The company has been growing at rapid pace. In the last 12 months, it has not just doubled its workforce strength; the company is still on a hiring spree. Even now the company has nearly 100 open roles across its 30 offices across the US.

Exactly a year ago, Nagaldinne had moved on from Facebook to join a healthcare startup Context Media (Now Outcome Health) as chief people officer. Back then he had also shifted his base from New York to Chicago. HRKatha was the first publication worldwide to report this development.

At Compass, he will be a member of the executive leadership team and report to the CEO, Robert Reffkin and the COO Maëlle Gavet. He will oversee the company’s human resources strategy and operations including staff recruiting, compensation, benefits, performance management, and learning and development.

“The incredible caliber of talent across technology, real estate, marketing and business has always been a differentiator for Compass, and Nagaldinne will help us accelerate the pace at which we attract and hire the best people,” says Robert Reffkin, CEO, Compass.

“He understands how to meet the challenge that comes with being a hyper-growth startup: preserving a culture focused on community and collaboration while also rapidly scaling the company toward our mission of helping everyone find their place in the world,” Reffkin adds.

Nagaldinne says, “I believe the difference between a good company and a great one comes down to its people. Attracting top talent, helping people experience their best possible selves at work, and empowering every employee to advance a worthy mission is the foundation of the most successful companies in the world.”

Prior to Facebook, Nagaldinne led Amazon’s expansion into Asia, managing a 100-person HR team. His experience leading significant geographic expansion at both Facebook and Amazon is particularly relevant to Compass as it moves into new markets with the US.