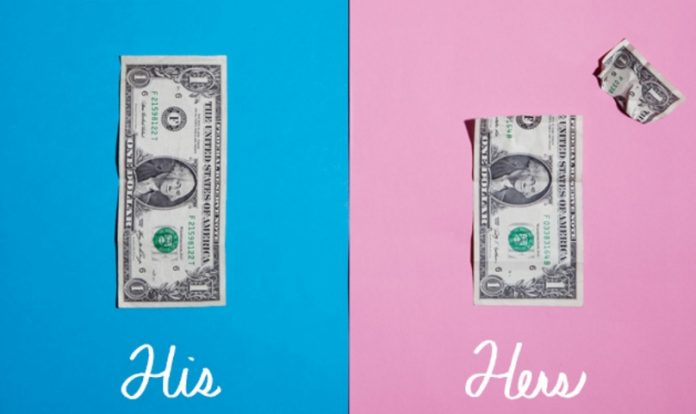 Globally, women account for only 38 percent of human capital wealth versus 62 percent for men

Globally, countries are losing $160 trillion in wealth because of differences in lifetime earnings between women and men. This amounts to an average of $23,620 for each person in the 141 countries studied by the World Bank Group in a new report released recently.

Listing out the two major factors behind the large differences between men and women in human capital wealth, the study says it is primarily because first, men have higher labor force participation rates than women and they tend to work more hours in paid work. Within that, although women tend to work on average more hours than men overall, but a much larger share of this effort is dedicated to unpaid work (household chores, care and work on household farms or in household enterprises), hence they tend to have lower earnings. Second, men tend to earn more than women per hour of work.

Other factors also play a role, including gender discrimination in labor markets and occupational sex segregation which are themselves driven in part by various country and region specific social norms.

The report says that a woman’s wage in the market depends on her human capital, her labor force experience, especially her firm-specific human capital, and the existing demand for her labor. Women’s labor force participation is also affected by labor market, fiscal, and family policies as well as employer policies.

“The world is essentially leaving $160 trillion on the table when we neglect inequality in earnings over the lifetime between men and women,” says World Bank CEO Kristalina Georgieva. “This is a stark reminder that world leaders need to act now and act decisively to invest in policies that promote more and better jobs for women and equal pay at work.”

Programs and policies that make it easier for women to get to work, access basic infrastructure and financial services, and control land could help achieve gender equality in earnings, the report says.

“Human capital wealth accounts for two thirds of the global changing wealth of nations, well ahead of natural and other forms of capital,” says World Bank Group Lead Economist and author of the report Quentin Wodon. “Because women earn less than men, human capital wealth worldwide is about 20 percent lower than it could be.”

The losses in wealth from inequality in earnings between men and women vary by region. The largest losses—each between $40 trillion and $50 trillion—are observed in East Asia and the Pacific, North America, and Europe and Central Asia. This is because these regions account for most of the world’s human capital wealth. Losses in other regions are also substantial.

The study is part of a broader research program at the World Bank that benefits from support from Government of Canada, the Children’s Investment Fund Foundation, and the Global Partnership for Education. The issue of gender equality in earnings is fundamental and it requires interventions across the lifecycle. Future work will consider other economic costs related to gender inequality, including those related to fertility and population growth.

“There are estimates showing the costs and benefits of gender equality to key economic sectors and economic growth,” says World Bank Group Senior Director for Gender, Caren Grown. “By focusing on wealth, this study is a unique addition to that literature since wealth, and especially human capital, is the assets base that enables countries to generate future income.”