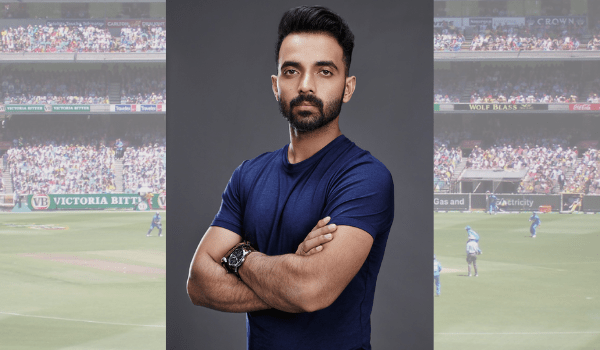 The perception of leadership in popular culture has recently become excessively associated with the flamboyant. The dominant cultural paradigm is that leaders have to be vocal, insist on holding center stage and garner all the limelight. Yet, there is another school of thought, which whilst not as conducive to hype, goes a long way in ensuring that the team delivers its goals and beyond. Ajinkya Rahane’s mature stewardship of the Indian team at Melbourne was a shining example of this, and it’s an idea worth batting for.

Leading by setting a personal example

The nation’s embarrassment at the previous test, just a week prior, threatened to be a permanently scarring experience for the story of Indian cricket. Add to that the departure, due to personal reasons, of their captain, talisman and star batsman. Rahane’s challenge was a daunting one but he showed the way. Not just in terms of his decisions on the pitch, but also by taking it upon himself to bat India into a winning position. The team was inspired and followed in its captain’s lead.

After any major debacle, most employees look to how their leaders will respond. How they will rise to the challenge and bounce back. Often here, actions carry a far greater weight than mere words. Leaders have to show by their deeds what is possible. Consider the case of Alexander, always being at the forefront of all attacks; personally showing his troops that no battle was unwinnable. Rahane wielded his bat at Melbourne, with dexterity similar to that of Alexander using his spear, to make much the same point.

Perhaps the most powerful moment that epitomised Rahane’s style of leadership, was when he got run out. He had completed a hundred by then, and surely looked quite ready to get many more. His dismissal would have surely rankled, and yet, rather than ranting and raving, he quickly and calmly overcame his personal disappointment, tapped his partner, encouraging him to carry on, and left to rousing applause. In no way did he make his partner feel ‘guilty’. He had instantly appreciated that the team’s objectives came first, and had kept all his self-interest completely aside. This was truly pure class.

Moments that exhibit the greatest form of team spirit, are when the leaders eschew their personal glory, and subjugate it to the interests of the group. Employees appreciate this trait immensely. In situations when the leader bows to the will of the team, or goes through a lot more effort just to ensure someone else’s job becomes that much easier, are things people never forget. Rahane’s example in these aspects, is something leaders from all domains can learn from, especially if they want to power their teams back from down under.

Trusting people to do their jobs

Rahane completely trusted his team-mates to perform the tasks they had been picked for. He never insisted on imposing his own point of view during discussions with bowlers on field placements. Perhaps, most importantly, he never was in their ear all the time — a trait many captains exhibit, and which is particularly annoying for specialist bowlers. The players felt liberated and empowered to express their talents. Importantly, they also felt they had the captain’s support if things went wrong.

Jack Welch often spoke of a formative experience in his career, when he blew up a plant. His boss, appreciating the fact that Welch was probably trying things out in the company’s interest, merely asked him what he had learnt from that experience. Leading often gets confused with browbeating and micro management of employees. This often demotivates the team, and undermines their confidence. There is perhaps a leadership paradox, which can be articulated as, ‘maintain control by getting comfortable with releasing it’. Backing team-mates, especially in adversity, takes a maturity which speaks of true quality. It also often ensures that the confidence that has been planted, bears rich fruit.

It was fascinating to see how Rahane went about his business under high pressure.

Tasked with pulling India out of one of its worst cricketing catastrophes; it would have been an understatement to say he was under intense scrutiny. Not only his team and the opposition, but the entire nation and cricketing fraternity had their eyes on him. It would have been easy for him to snap, but Rahane took everything in his stride, exuding a serene calmness at all times. Always appearing in control of the situation, he remained stoic in the face of everything that transpired. His team, looking his way, knew this man would get them over the line.

The American novelist, Josiah Gilbert Holland, had mused ‘Calmness is the cradle of power’. This presents a lesson even today for modern-day leaders in the business world. Calmness allows one to truly evaluate the situation objectively; to think of a solution out of the mire. Calmness rubs off on team-mates as well, bestowing on them the belief that this challenge will also be met. It clearly and most effectively communicates to them that their leader is truly in control of the situation. Perhaps it is time more leaders started making a noise about staying calm.

Clearly, there are lessons to be learnt from Rahane’s leadership exploits in the last test. The context in which he took charge cannot be overlooked, nor can the results of his approach. The leadership mythology has always been written predominantly in one direction. Rahane makes the case that even this concept, like the old ball, can swing the other way. 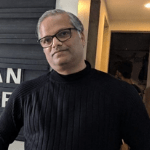 How to deal with office politics