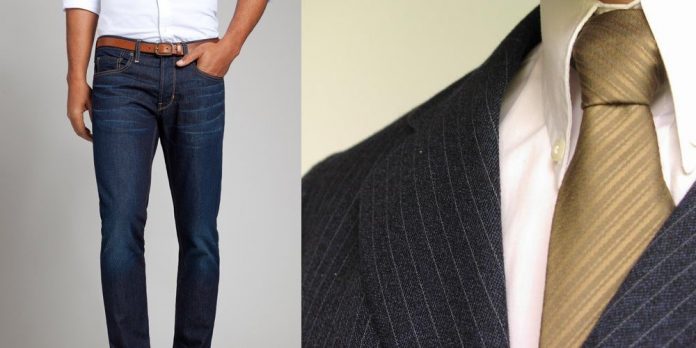 A reformation seems to be on the horizon. It spells of a new mindset that the corporates are adopting be it open offices, flatter hierarchies or addressing colleagues by their first name.

In the last month and a half, two of India’s large corporates – Infosys and Hindustan Unilever (HUL) – have introduced an informal dress culture in their organisations. This was unprecedented as most Indian corporates still follow a strict dress code where men are expected to come in business suits or formal trousers and shirts, and women in sarees, salwar kameez or business suits. Denims and tees were a big ‘No’.

Not much has changed, though. However, a reformation seems to be on the horizon. This trend of informal dressing initiated by Infosys and HUL can have others follow suit, sooner than later.

It ushers in a new mindset that the corporates are adopting, be it offices bereft of cabins and cubicles or flat hierarchical structures or the practice of addressing colleagues by their first names.

“The change is a reflection of new business realities, modified work and reporting relationships, emphasis on respect across levels and the entrepreneurial setup of organisations,” says Nishchae Suri, partner & head, people and change advisory, KPMG India.

“This, in turn, is a result of social constructivism, which implies that cultural norms and expectations dictate the way individuals behave,” he adds.

Perhaps the shift is also to do with what is happening in the world of work and the world of play. Work practices have changed – the death of distance and death of time is already a reality. People work in coordination with colleagues across the globe and round the clock.

Research indicates a link between an informal dress code and creativity. Corporates are also slowly beginning to believe that if employees are allowed to dress more comfortably, their creativity and morale will increase.

A change in the way we dress to work is the next step towards an open and plateaued culture.

With millennials forming a majority in the workforce, this change is inevitable.

A rigid dress code could be seriously demotivating for the millennial population walking right out of universities, as many companies now leverage this as an employee engagement practice.

“Informal dress code basically lets the younger generation feel that they can be at  ease, can speak their mind and engage with their seniors, without holding back,” says Vishal Shah, VP-leadership & people’s sciences, Wipro, India.

“Gen X is learning from their children and I guess, they are giving way to reason beyond the seasons,” says, SV Nathan, senior director and chief talent officer, Deloitte India.

Besides, the MNCs have played an important role in redefining the work culture in India. Such reformations have already been experimented upon by other countries.

“With the establishment of local offices of global companies, increased talent mobility and global HR centres of excellence, these practices have now gained ground in India,” opines Suri.

There has been rigidity in allowing employees to dress casually to work and there have been valid reasons for the same.

One of them was the need to differentiate between work and home. Now with the boundaries blurring between the two, the emphasis is on what works best for employees.

The root also lies in the belief that formal dressing equals ‘professionalism’.

“We were always taught that a good dress sense makes a good impression on others. Over time, this is reinforced and becomes part of a belief, and that belief in action is culture,” opines Nathan.

No ‘one law’ for all

People in different industries are getting the draft of the winds of change. It will take time for some of them to make any drastic change. However, one size doesn’t fit all.

Dress code, and many other decisions related to office ergonomics emanate from organisational culture. One of the primary determinants of culture is the industry and nature of work. A formal and an informal dress or a uniform has had to do with the appropriateness of work and identity.

One had to wear dungarees or uniforms in manufacturing units for good reasons. Similarly, in the service industry, the formal dress code was to do with a certain identity and ease of recognition.

When it comes to industries, such as media & communication or roles that are not customer or client facing, the culture is more informal, apt to their work style and best suited to their environment.

Such an approach may not be relevant at all for the banking, financial services and insurance (BFSI) as well as the consulting and manufacturing sectors.

“A well-dressed salesman is needed for meeting a doctor in the pharma industry. That is not likely to change so soon, perhaps. Similarly, bankers will see a slower change,” concurs Nathan.

On the other hand, some companies from the IT industry have embraced a more casual work style owing to creative work demands, brainstorming-based environment and a comparatively younger workforce.

“Uniformity of practice helps if this heightens the work ethos. If it hinders, we may have to change the practice. Conformity also lends an identity. The IBM Blue was famous a year ago. Even that has changed,” Nathan adds.

While being at extremes may be detrimental, there are certain benefits of some formal practices.

For instance, a crisp dress style can be used for impression management — many studies show the link between stiff presentation and perception of intelligence. Similarly, while reporting structures need to be formal enough to avoid violating personal space, they cannot be severely inflexible so as to stifle innovation.

Psychologists are also of the view that an extremely informal dress style can cause employees to feel less productive and focussed. This is because the type of clothing can dictate the personality and frame of mind.

Depending on whether one is in ‘typical work attire’ or ‘relaxed weekend outfits’, the brain gets instructed to behave in ways consistent with what the clothes symbolise.

Having said that, one thing is for sure, there is change coming along.

Even in the executive meeting rooms, it is okay not to wear a tie. A jacket replaces the suit in many meetings. Addressing people by their first names is a matter of culture.

And as the younger generation takes over as leaders, we will see more change.

Name change for HR on the horizon