IT company, Oracle, has been accused by the US Department of Labour of paying lesser wages to Indian and African American employees as well as women. In fact, it has been charged of paying wages as much as 25 per cent lower than whites or non-Asians in similar positions.

Although it is reported that Oracle preferred Indians amongst Asians in the field of product development, the pay they were given was much less in comparison to the Whites. Similar discrimination was evident against Africans and Hispanics as well.

The Department of Labour has reason to believe that once hired, the women, Blacks and Asians are methodically paid lower wages as compared to their peers. This discrimination is said to have affected about 11,000 Asians in the US. 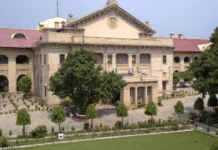