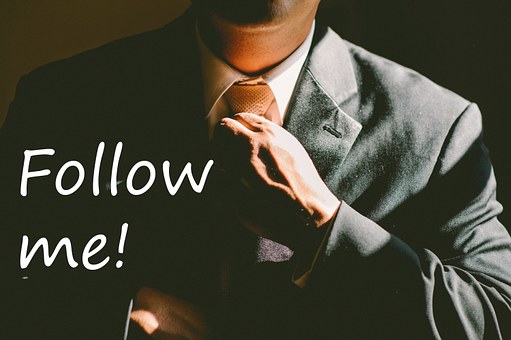 Leaders are coming out of the closets and openly speaking about their insecurities. Today, more than ever, leaders are required to demonstrate high-levels of emotional intelligence, as artificial intelligence is replacing human intelligence in numerous tasks. The leadership function has changed dramatically, the bar for measuring employee well-being has risen. Employee well- being is multi-dimensional– job satisfaction, positive mindset, stress-free work schedules, and motivation. This is a tall task for the leaders.

This can be accomplished with effective and authentic leadership. Also, there are leader who are insecure and self-doubting. These traits are found in most leaders in varying intensities.

They could be an intrinsic personality trait, or an attitude driven by circumstances. Sharing his views on the subject, Ramesh Mitragotri, CHRO , UltraTech cement says, “Failure is a true-test of a person’s inherent trait. The way a leader reacts to an adverse situation determines his/her emotional intelligence. An insecure leader is effective when the ride is smooth but when the road becomes bumpy, they reveal their negative, insecure side.”

Geethaa Ghaneckar, CHRO, Raheja universal mentions, “Every human being intrinsically has animal instincts and during a threat or a challenge, they tend to have a fight-or-flight response. An insecure leader behaves in a similar manner. He either gets aggressive in a challenging situation or gets into a withdrawal mode- not taking steps to handle the matter.”

Traits of an insecure and self-doubting leader

Aggression – They use power to get things done by people. They suffer from the superiority trait- ‘my way or the highway’. They tend to lose control when things don’t go their way and have a dictatorial attitude.

Exhibitionism – They are ‘know it all’ who have answers to every question and an opinion to share each time. They are like empty vessels that makes the most noise.

Poor delegation- They are afraid to provide opportunities to others as they feel threatened by them due to their own lack of knowledge and expertise.

Suspicion – They have an over-cautious attitude which comes from the fear of failing. They doubt all actions, plans and effort of others and view them with negative lenses.

Micro-managment—They want to be involved in every action and task- big or small. They can take away an employee’s project and make it theirs. Being informed of every little step is very important for them.

Bullying– This behaviour usually manifests in the form of inappropriate harsh words and actions toward employees. Bullies also thrive on making a public spectacle of an employee’s mistake.

Withdrawal—This behaviour comes from fear of unknown. They tend to avoid a situation and shy away when they are not able to solve a problem or make a decision.

Cover-up—They never admit their mistakes and accept their faults. Either they put the blame on someone else or make an excuse further risking the team.

“Every human being intrinsically has animal instincts and during a threat or a challenge, they tend to have a fight-or-flight response. An insecure leader behaves in a similar manner. He either gets aggressive in a challenging situation or gets into a withdrawal mode- not taking steps to handle the matter.”

“Self-doubt is opposite of confidence, a negative personality trait. I have seen IIT, IIM graduates in responsible positions having this trait. This is quite crippling for the team. A self-doubting leader is unsure of his decisions and would continuously need validation from his team and stake holders. This can be very exhausting and disheartening for the team. Such leaders find it arduous to build strong teams and hold people together in them,” shares Ghanecker

Insecurity in a leader leads to lack of risk-taking and over-caution makes them averse to change. They hesitate to take a hard call today for a better tomorrow. They often refuse to collaborate and consult with experts, in the bargain they compromise company’s growth “The impact of this kind of leadership comes to light only after a period. Initially, thing may appear to be running smoothly but when the impact is felt, a severe damage is done,” says Mitragotri.

“Failure is a true-test of a person’s inherent trait. The way a leader reacts to an adverse situation determines his/her emotional intelligence. An insecure leader is effective when the ride is smooth but when the road becomes bumpy, they reveal their negative, insecure side.”

Confidence is an integral part of leadership. Self-doubting leaders have a lot of difficulty in zeroing down the destination, thus they cannot initiate and implement changes in an organisation. Ghanecker says, “In my experience, there is no direct co-relation between academic achievement and confidence. One may assume that holding a position or a title gives a person confidence, but I have seen otherwise. Some people who come with no bells and whistles are lot more confident than the other.”

Diversity walking on a thin line

How ‘work from anywhere’ can become a problem for employers