A ‘Purple Squirrel’ is a game changer, armed with every attribute-education, competencies and experience- that would make him/her to be the ultimate find for an employer.

Tony Fadell was the guy at Apple who played a crucial role in conceiving a product like iPod that earned billions for the company. Fadell had also created the MP3 player while he was at Philips. The poaching of Fadell by Apple was termed as a ‘Purple Squirrel’ acquisition by industry practitioners as it changed the fortune for the company.

For the uninitiated, ‘Purple Squirrel’ is a term used by recruiters to describe a prospective candidate who perfectly fits into a job’s multifaceted requirements and can immediately handle all the expansive variety of responsibilities of a job description with no training and would allow businesses to function with fewer workers.

“It’s mythical. Do you find a partner in real life who matches every possible specification,”

Supposedly, this one person has the capability to change a company’s direction and success in the marketplace. To be precise, this person is not a senior executive and belongs to the mid-level cadre usually in functions such as product development, technology, or the monetisation of products and services.

However, back home in India, the term seems to have very little relevance.

Indian HR professionals believe that it’s almost impossible to find a ‘Purple Squirrel’ because every human being comes with certain flaws. “It’s mythical. Do you find a partner in real life who matches every possible specification,” questions a senior HR professional.

As Aparna Sharma, country head – human resources, Lafarge India, says, “Purple Squirrels are too perfect to be true. You can’t have a ‘He-Man’ or a ‘Wonder Woman’ in real life. Finding a ‘demigod’ is tough.”

What could be close to reality is that there can be shades of purple in a candidate or even if he/she is not a squirrel, he/she may be a rodent. Even then, many employers will be happy to settle for such candidates. 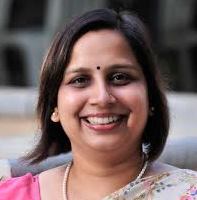 “Purple Squirrels are too perfect to be true. You can’t have a ‘He-Man’ or a ‘Wonder Woman’ in real life. Finding a ‘demigod’ is tough.”

The sole objective for any HR manager is to find the right fit for a job. “This fit has to be
at two levels – first with the role of the job and secondly, the organisation culture,” says Abhijit Bhaduri, chief learning officer, Wipro.

If the biggest success factor of the role is ‘innovation’, then that is what one should look for in the ideal candidate.

“But the real challenge is to find a person who fits in both the shoes – someone whose personality fits with the role and also with the organisation culture,” Bhaduri explains. The person might be an innovator or a creator but not necessary a team player.

‘Purple Squirrel’ seems to be an overstatement or a relative term. 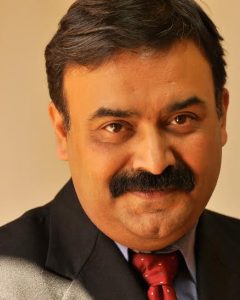 “The real challenge is to find a person who fits in both the shoes – someone whose personality fits with the role and also with the organisation culture.”

“A perfect candidate for one company could be totally a misfit for another company,” asserts Sharma. At times, a perfect candidate in one company might even fail to clear the telephonic screening round in another one. Say for the quality of a ‘multitasker’ which is a prerequisite in ‘Purple Squirrel’ candidate. However, some companies consider a multitasker as someone who is disorganised, where as in other cultures, a multitasker is a role model.

HR practitioners believe that the term ‘Purple Squirrel’ was coined by the recruiters to identify the unrealistic expectations of a client company.

The fact remains that the term ‘Purple Squirrel’ never gained prominence in the Indian market. And there are quite a few reasons for it.

Talent managers claims that even when an organisation successfully finds and employs ‘the perfect’ candidate, there are chances that it might backfire.

“What seemed like a ‘Purple Squirrel’ at the onset, eventually turned out to be an average overpaid candidate. This leads to a situation where both the candidate and the organisation are disillusioned with each other,” quips Sharma.

Giving undue importance to a new hire in a company also disrupts the morale of existing talent base, which is why the Indian HR fraternity seem to be averse to such terms.

Having said that, it’s also true that every new hire, irrespective of the role, runs the risk of being rejected by older employees in the organisation. “If the onboarding is not doing right, the chances of failure are high,” quips Bhaduri.

It’s also true to an extent that new age companies or the sunrise sectors are more likely to find a ‘Purple Squirrel’ than large traditional set-ups, which prefer a conventional method to fill critical positions, whereas for the former, the need is more immense and the approach is innovative.

The very existence of a ‘Purple Squirrel’ candidate may be debatable but it’s also a fact that often employers fail to identify the candidate who could be close to the squirrel.

After all, Amitabh Bachchan was rejected by All India Radio for not having a voice good enough to be an announcer and Hewlett Packard rejected Steve Jobs, because he did not have a college degree.

For every rule there are exceptions as well.