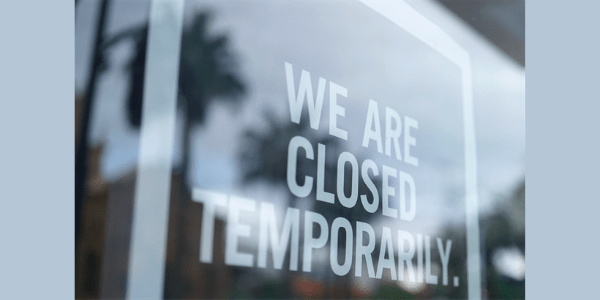 Companies across the world are laying off employees or asking them to go on furlough in order to survive the economic downturn.

For the uninitiated, ‘furlough’ is a temporary leave given to employees, without pay, due to the special needs of a company or employer. This may be due to the economic condition of the specific employer or the economy as a whole. Layoff is when an employer dismisses employees for good, which means they are permanently let go.

HR pundits believe that in the current situation, furlough is better than layoff, and here is why.

In this context, I would much rather go with a furlough than layoff, as this will save hundreds of thousands of jobs

Unmesh Pawar, partner and head, people, performance & culture, KPMG, says “It is imperative to realise organisations are not built overnight. Every successful company is established as a result of a lot of hardships, training people, developing the relevant skills and setting the right company culture. What I want to imply is that every company should think hard before laying off because they may need the skills in the near future, when the situation gets back to normal. And if one agrees to this statement, furlough is the right strategy.”

Furloughing turns out to be a win-win situation for both the employer and the employee.

Furloughed employees are likely to return to work after some period of time, without having to go through the hiring process again. It is basically a scenario where employees are made to stay satiated in times of crisis. It is just a temporary mode of cost cutting, which protects jobs and also keeps the company afloat.

Raj Narayan, CHRO, Titan, says, “For any company, the advantage with furlough is that they do not have to pay the employees, whose skills aren’t required for a specific period of time. It is ideal for times when cash flows are poor and companies want to save money by cutting various kinds of costs till demand picks up.”

“At the same time, the employees also benefit from this deal because it ensures that the connect with the organisation isn’t completely severed. Though for a finite period of time, their services may not be required, there is also the hope that they can get back to the job after that period is over. In the meantime, they can avail other benefits such as medical, insurance, and so on. The interim period of furlough also provides a flexibility to the employees to upgrade themselves, and even work somewhere else. In the case of a layoff, it’s a permanent disconnect,” Narayan explains.

However, Narayan is also quick to add that though the current business scenario demands a furlough, he personally isn’t a great believer in this model. “How will the people who are the sole bread earners for their families, survive? There are daily wage workers who light a fire in their stoves with their daily earnings. How will they sustain themselves for those number of months when their services or skills aren’t needed? Also, why would these employees want to return to the organisation, which abandoned them when it felt that their services aren’t needed for a few months?”

What I want to imply is that every company should think hard before laying off because they may need the skills in the near future, when the situation gets back to normal. And if one agrees to this statement, furlough is the right strategy

Different people are at varied stages in their lives. This means, there will be a section of people who will be willing to take this time off. Some people may take off for half time, and some may work 30 per cent of the time; but what it allows people to do is, make a choice.

They can decide how much effort they want to put in. As Pawar points out, “Furloughs allow people to make choices in retrospective of companies pushing for a layoff.”

“If we consider layoff as a permanent separation, then among my several industry HR colleagues, furloughing is increasingly being proposed as the alternative, ‘softer’ approach. On papers too, such an approach sounds efficient, responsive and humane compared to retrenchment,” says Raj Raghvan, president and head-HR, Indigo Airlines.

Pawar points out that, in times to come, at least the mid-level employees will be required back to handle the market needs. While the requirement may vary, certain amount of force will be essential to fulfill the demands. Companies will work out the seasonality of demand for workload — and by corollary, the number of employees that need to be actively engaged at various points — and prepare rosters for them.

For any company, the advantage with furlough is that they do not have to pay the employees, whose skills aren’t required for a specific period of time.

“The current context of economic instability may last about a year or two, and I am hopeful that the business environment and resultant production capacity will be back to normal levels in time. In this context, I would much rather go with a furlough than layoff, as this will save hundreds of thousands of jobs,” asserts Raghavan.

Hence, instead of creating permanent job losses, employers can ask the workforce to work at a mere 30 per cent capacity. Rather than running a full shift with just one set of people, the employer can run a partial shift where everyone ends up working for 30 per cent of the total hours in a week. This will help the people meet their basic necessities and also keep the fires in their kitchens alive to some extent.

Nonetheless, layoffs are bound to happen as many companies may feel that certain skills will never be used going forward, or that will be long before normalcy sets in and the market revives itself.

How technology enables large teams to be productive