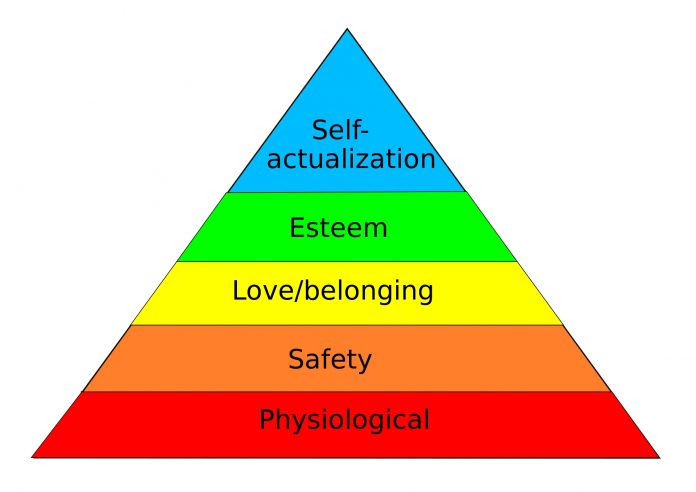 IR managers need to align workers and their leaders to productive co-existence at all the levels of Maslow’s hierarchy of needs.

Industrial relations in any organisation depends primarily upon the ‘attitude of the management’, and subsequently on the ‘ability of the union leader’.

Doesn’t this statement conflict with the general belief of ‘ability of the management’ and ‘attitude of the leader’? Think again! Whose attitude starts controlling and pushing everyone to the wall? On the other hand, whose ability coordinates and drives the masses towards an agenda?

People and their actions are subjected to natural phenomena. Motion creates pressure, pressure creates heat, and after its threshold limit, the intense pressure and temperature causes a big bang, which recreates a new motion for new modifications, developments and creations. That is how everything, including human beings and their emotions, works in the Universe. For instance, what will happen if one starts boiling some water in a pressure cooker having no safety valve, and keeps heating it? One has to stop heating the cooker before the threshold limit of the steam pressure in it otherwise it will blast on crossing the threshold limit. Once it explodes, it will cause enough damage and leave dents to last even after restoration work.

The same science works with events and human emotions. But the problem is that one cannot gauge the threshold limit of varied and individualised human emotions. These vary from person to person, and in a group situation, they majorly depend upon the movement created by the group leader. For instance, in general, people fear snakes. If some people are sitting in a meeting, and one of them sees a snake approaching, either of three situations may arise instantly:

The person may shout a loud, “Run away, there is a snake’, and all those present may instantly start running away; OR he may shout, ‘There is a snake. Throw something at it and kill it”. Most of those present may pick up something lying around them and throw it at the snake. A third situation may arise where the one who spots the snake may tell everyone to stop worrying because “..it is a non-poisonous snake. Make way. It will just go away”. The entire gathering may keep cool and allow the snake to just slither away”.

The same thing happens in an industrial relations (IR) scenario, which depends upon the maturity (attitude and ability) of both the manager and the trade union leaders. The manager must enforce discipline and productivity, and at the same time, have an open mind—a safety valve vent— to ease unwanted wild pressures inflated in the system. The best way is to coordinate with the established union leader with professional maturity, and involve him in the process of truthful cohabitation. Both must be on the same page, and understand that truthfulness is the best way to ensure reciprocity, and an open environment is the best place to live in, so as to ensure optimum productivity.

However, the problem is that human beings prefer not to go by a set of rules. Their free will lives with a bunch of contradictory beliefs, needs, desires and related behaviours. Each individual wishes that the set of rules for others should be different than the one applicable to her/him, because each one considers herself/himself to be always genuine, but wishes that the others should follow the system! Everyone desires status without struggle, discipline without role-modelling, and truth without truthfulness.
So far as the defined systems are concerned, any such system which contradicts the natural laws cannot be justified for long as a sustained system. The problem with most of the law makers is that being ignorant of natural processes they go by their own biases that are counter offensive to other similar or natural systems.

Another IR factor is that the labour productivity gets compromised in due course of time due to Maslow’s complacency factor? When we are at the ‘basic need’ level, we tend to work hard to earn the remuneration needed to live life. Once it is regularised, the comfort zone complacency pops up, and we tend to find out ways to reduce work load and increase remuneration. The increase in remuneration is needed to offset the cost escalation, increasing comforts, growing domestic requirements, and savings for a safe future. If this safety is ensured, the elated leaders go for socialisation to satisfy their self-esteem. If this safety is not ensured, the proactive leader initiates the unionisation process to make sure it is ensured. He will go all out to establish his leadership, which with time, tends to satisfy his self-esteem and probably ego too. This mesmerizing state of mind continues till the very end. There have been very few leaders like Mahatma Gandhi who could make it to the self-actualisation level, bereft of ego.

Why is the ‘need hierarchy’ a pyramid? Why can’t everyone reach the top? The ‘need hierarchy’ is pyramidal because everyone cannot make equal and identical efforts to sharpen their fitness for the constantly modifying ecosystem. To leap ahead of all, one need not be the strongest but merely fitter than all other contenders, at that particular point of time. The fittest one could be an individual or an individualised cohesive group. The same concept applies to ‘industrial relations’.

The credible IR managers work on each of these five stages to align the workers and their leaders to a productive co-existence. Every stage demands genuineness, consistency, discipline and professional commitment. Undue pressures from either side cannot be regarded as sustainable metrics. The ‘cause and effect’ is a universal truth. Hence, the energy spent on pushing someone to the wall, is bound to bounce back after its critical level, in the form of an explosion capable of destroying the system, including the intruder as well as the sufferer. Thus, it is the responsibility of the management:

If applied and tested at any IR situation, the results will be the same for improvements through building culture at the grassroots level. Failures are faced due to executive incapability or vested interests working on either side. While incapability can be overcome by systemic interventions, it is tricky to manage vested interests. Genuineness of processes establishes the mutual believability and confidence, which, with a firm and fair approach, eventually alienates and takes care of the vested interests also.

Some manipulators in IR management use Maslow’s theory to threaten and pull targeted persons down to the levels they have risen above from. However, threatening people to surrender at the will of the manipulator, is an unfair short cut. For instance, if a worker or his leader has reached the social-need level, the manipulator manager will try to threaten his safety or even basic need, to bring him down to his knees and make him surrender before the manager. Some leaders also try this on managers to threaten the system with strikes, etc.

But this is not a healthy way to deal with the people and real issues. These short cuts create aftereffects that breed bigger problems in due course of time. It is always better to handle the issues and people with all fair means so that the rules are genuinely established and sustained. Genuineness gets communicated sub-consciously to others, at the speed of light, through the biophotonic mind.

The sustained IR strategy is to walk and talk genuinely straight— No hypocrisy, no politics please!

Leadership lessons from a tiny virus