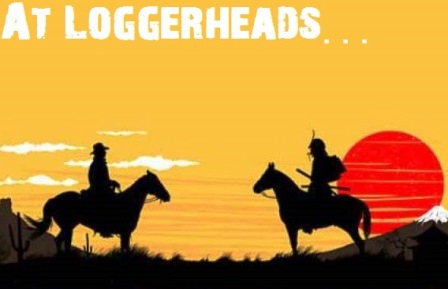 The prime vested interest of company executives is to rule at will – egocentrism. However, the vested interest of the union leaders is to satisfy their social and self-esteem needs. These are the raw motives, to overcome which and to develop behavioural compatibility between both the agencies, two measures need to be established—a defined transactional system, and constant interpersonal communication.

If the manager designate does not have the right approach to manage, every other person will jump in to try and do their bit of management and add to the chaos. As Aristotle says, “All human actions have one or more of these seven causes: chance, nature, compulsion, habit, reason, passion, desire.” Industrial relations is nothing but playing around with these in the form of group dynamics.

There are several hypotheses regarding group behaviour. A major one is that the ‘group has no mind’. This hypothesis is perhaps boosted by an American court remark in a case, Lennard’s Carrying v Asiatic Petroleum(1915), that ‘a corporation is an abstraction. It has no mind of its own any more than it has a body of its own.

Various studies support the hypothesis that people have a tendency to reason about a group in the same way as they reason about individual people. It suggests that in order to understand how people make decisions regarding a group, they may see the ‘mind’ of the group as a whole, almost as though the group was the individual person itself. That is why, a representative leadership of a group is supposed to reflect the motive of the group, and thus to drive the cause of the group.

With the same belief, one can comfortably reverse the logic to say that the behaviour of a defined group is the extension of the behaviour of its leader. The greatest mass leader, Gandhi Ji believed that, ‘A small group of determined and like-minded people can change the course of history.’ An instant leader can lead a gathering, from peaceful march to a violent mob.

With one’s own experiences, one firmly believes that the organisations behave the way the person sitting at the top of the pyramid behaves. People reconcile and accommodate to the expression of the big boss. Logics, rules and guiding principles are made and broken according to the comfort of the people at the helm. Those individuals who cannot cope with the same are marginalised and left to find a way out.

The fundamental phenomenon upon which a group is formed and works is extremely similar to the science upon which individuals, or other things, are constructed and work.

Natural forces trigger the growth around a seed. Wherever the energy gets converted to matter, the matter with its mass and gravity becomes the seed (core of the atom) around which a growth process starts, with the addition of further energy and mass. With the growth, the gravity increases to pull and add further mass. This keeps on increasing to reach higher levels of atoms, molecules, and body. This growth will stagnate or reduce only if another counter force is applied opposite to it by a greater mass, gravity or other natural forces. Thus, conversion of the mass-less energy to matter with gravity, and the unification of matter and structure is a universal phenomenon, that one grows and behaves with. The same phenomenon makes one unite to build up a family, village, group, society and nation. This sense of unity makes one love, desire and develop a sense of belonging to the respective social structure, to protect one’s identity and growth against external factors.

The same fundamentals work with the organisation from startup to becoming a conglomerate, unions and industrial relations. One joins the company to work, to satisfy one’s basic needs. As Maslow rightly observed, once these basic needs are fulfilled, one aspires for the need for safety, and further for social needs, and so on. These gradual needs are related to one’s existence and growth. If these are threatened one collates with others in the group to build up one’s survival strength against a threat or challenger. In the industrial relations scenario, this challenger is found on both the sides— the management and the union. This happens when there is mismanagement by managers, who fail to align individual goals with the company goals. This mismanagement may be on two accounts—incompetency or vested interests. The incompetence can be managed through training and right placement.

The prime vested interest of company executives is to rule at will (egocentrism). However, the vested interest of the union leaders is to satisfy their social and self-esteem needs. These are the raw motives, to overcome which and to develop behavioural compatibility between both the agencies, two measures need to be established—a defined transactional system, and constant interpersonal communication.

Personal egos and behavioral rawness can be smoothened only through rapport building in consonance with transactional systems. Other vested interests are mostly personalised and tend to reconcile with the culture and individual materialistic aspirations. But ultimately, the buck of culture building stops at the top of the pyramid.

A disciplined approach will gradually establish the systems and help in eradicating the culture of patronising vested interests. Firmness and fairness go hand in hand. One cannot be firm if one is not fair. Similarly, one cannot be fair either if one is not firm. Some people vouch flexibility in public dealing. But the question is, flexibility of what? In camouflaging the lie, or sweeping the truth under carpet? Both the ways are unsustainable. One can adopt flexibility in the methods of one’s communication, not in the intent and content, where the truth must prevail. It must be seen, behaved or implied, whether as a spoken strait or through actions.

Even in the toughest IR scenario, one has personally experienced the truth prevailing against all the odds. Even if one needs to forgive someone for something; it should not be taken as a compromise. One must build up courage to prove, what Gandhiji said, “The weak can never forgive. Forgiveness is the attribute of the strong.” It may take some time, but one has to be patient and keep trying. He rightly stated that, “An error does not become truth by reason of multiplied propagation, nor does truth become error because nobody sees it. Truth stands, even if there be no public support. It is self-sustained.”

The incompetence of role can be managed by learning and reorganising. But, the issue of handling vested interests is a bit personalised and behaviourally typical. The people at the front with vested interests have their own specific hidden agenda. Things will not get settled unless these personal agendas are handled conclusively. These personal agendas cannot be managed or contended by feeding them. These are hungers and fires that cannot be put off by pouring oil. Rather, they grow vivacious with each attempt at feeding. The only way to handle them is to ‘walk the talk’. Set the rules, lay the road and drive through it. Don’t ignore a by-pass or jump the road-pits. In due course of time, these pits will surely become holes to make the road unpliable. Nothing gets forgotten in the natural system of ‘cause and effect’. Just hold on, repair, and proceed.

‘Walk the talk’ demands self-discipline of mind, speech and deed (mun, bachan, karm), along with a sense of time management. While the ‘mind’ is trained through conscious practices, ‘speech’ is controlled through intellect and a ‘presence of mind’, to be developed through knowledge and analytical thinking. The ‘deed’ is rationalised through working and aligning ‘cause and effect’. ‘Time management’ is adhered with the delegation and speed of work. Delegation is a matter of faith and faithfulness, which starts and percolates down with self-demonstration, and can be encouraged through training, loyalty and remunerative work output. All of these are consciously achievable through sincerity and proactiveness.

Finally, one must recognise the advice of Einstein when it comes to one’s thoughts, actionable behaviour, and management, ‘The significant problems one faces today cannot be solved at the same level of thinking one was at when one created them.” One needs to develop one’s own capability of sensing and handling people appropriately at all occasions. Just give it a try!

How leaders can create time for reflection

A study in changing culture: Hit Refresh by Satya Nadella