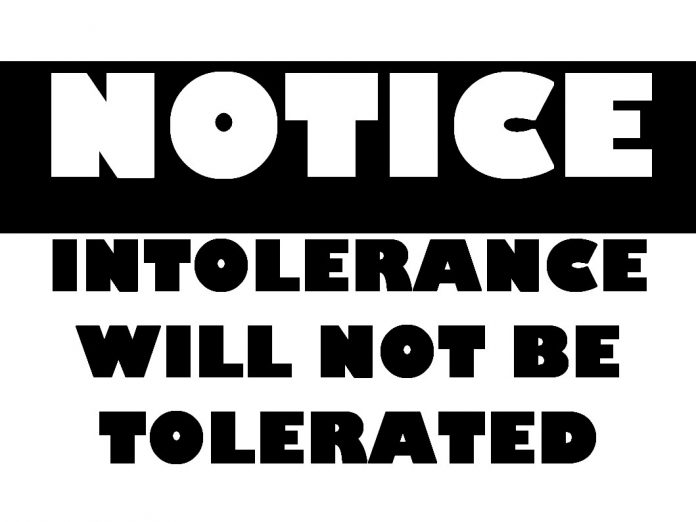 Intolerance grows to the level of incapacity in dealing with the four dimensions of universal phenomenon—need, greed, support and ignorance.

Industrial relations stand strong on the strength of behavioral discipline and economic growth. The economic growth needs — for the organisation and the people— should complement, supplement and work for each other. To achieve this status, a high level of mutual understanding is a must. This emerges from maturity of behavioural consistency, which is a product of self-discipline. The self-discipline is an outcome of honest attitude. The honesty is all about balancing mutual interests. Dishonesty creates imbalances that shake the foundation of understanding, to breed intolerance. Intolerance is not the cause, but a symptom of behavioural dishonesty.

Intolerance grows to the level of incapacity in dealing with the four dimensions of universal phenomenon—need, greed, support and ignorance. If Maslow’s need theory is clubbed with the four dimensions of physical existence, the basic need is ‘height’ (depth), safety is ‘width’, self-esteem is ‘length’, and self-actualization is the ‘time’. If the depth of the basic need is increasing, the intensity of intolerance will grow proportionately, multifold, towards a fierce fight for survival to the extent of ‘do or die’. But this fierceness of intolerance probably goes down gradually, step by step, with safety and esteem, and finally towards complete tolerance at the self-actualization level.

At the start of an industry, each person involved has high hopes and expectation of it. Each individual dreams of contributing to the growth of the company, and growing with it. But the dream shatters when prejudices percolate down through the seniors. Remember! Every path, good or bad, is always laid down through the behaviour of seniors. The seniors who have a bigger right, have bigger responsibilities, but need not enjoy bigger privileges. It is a misnomer that right endorses privileges. Right and duty are meant to make working easy, while privileges are meant to satisfy the individual ego. A genuinely rightful and dutiful person is usually less worried about his own privileges than his team members’. Can people such as Mahatma Gandhi and JRD Tata be remembered at this stage?

Unfortunately, one often encounters unhealthy preferences that create intolerance and lead to a breakdown of IR. For instance, a junior’s tea time, toilet time, etc is fixed, and also requires permission! But seniors are free to attend the calls of nature, any time, at their own will! Juniors have to punch in and punch out at the stipulated time but seniors have a flexi time. While the former travel by the company bus, the latter travel the same route by taxi. The seniors’ salaries are market driven, while the salaries of the juniors are linked to minimum wages. A reduced profit on the balance-sheet may cost juniors their bread and butter, but a senior’s salary may still increase. What if the same norms are applicable to one and all? These illogical discriminatory practices cause humiliation, igniting discontentment. This builds up pressure towards a ballistic IR. Thanks to new HR practices adopted in some IT, service and similar industries, that are more open towards human equality, there is now less trouble on the IR front. Industrial setups must try adopting the same measures.

The dictionary defines intolerance as the ‘unwillingness to accept views, beliefs, or behaviours that differ from one’s own’. If this is the definition, what is wrong with ‘intolerance’? If one has a particular view, based on one’s own facts and hypotheses, others too are entitled to their own view,, which may be different, on the same issue. How can either be expected to accept the other’s contradictory views in toto? If this is ‘intolerance’, then both the parties can be called intolerant. Then, the word ‘intolerance’ does not seem to be bad!

In fact, having a contradictory view cannot be termed ‘intolerance’. ‘Intolerance’ is an action which prevents others from acting upon their own views and beliefs. In Abraham Lincoln’s word, “My right to swing my fist ends where your nose begins.” Prohibiting a person from exhibiting a behaviour, which is against common disciplinary norms of the society, is not ‘intolerance’. Thus, the culprit is not ‘intolerance’, but a violent action or reaction to this intolerance.

Since the environment is under constant change, one may not be open to listening to and working on diverse views. Then, how can one amend and improve one’s fitness for survival in the changed environment? In fact, listening to different views is a trigger to growth, the direction of which depends upon one’s intent. On a growth trajectory, a view should always be examined in the light of contradictory views.

Two scientific theories of ‘cause and effect’ and ‘struggle for existence’ prove that intolerance is a natural phenomenon. However, depending upon one’s own specific matrix of behavioural DNA and grooming, most of the time, in the same situation, one has two options, i.e. to be tolerant or intolerant. The collective group behaviour too can be variedly be influenced by the behaviour of the group leader and opinion makers. For instance, during a grave crisis, most of people become short sighted, hurried and violent. But, in the same situation, if a mature person takes the lead, everyone else tries to follow him or her in a composed manner.

Therefore, since nothing and no one in the universe is exactly the same, the views, beliefs, or behaviours cannot be identical. People internalise the concepts and situations as per their own interpretations. The interpretation one adopts, does depend upon one’s awareness and bent of mind. One’s own experiences differ from that of others with respect to location, time and situation, which are never identical for any two persons.

This is as simple to understand as no one can exactly define as to why an individual loves a particular person. If one tries to give a reason of one’s love, one can be countered with some other contradictory facts, which may not be compatible or comfortable to one. This phenomenon works subconsciously. The subconscious mind keeps on getting influenced by various on-going exposures coming from known and unknown sources. One’s receptivity to these exposures depends upon one’s own specific combination of constituent materials. So, with this vastness of variables, no one is identical in being and understanding with any other person.

Therefore, as a solution, listen to the person and understand the way he/she feels and communicates. Since one’s own feelings and communication cannot be identical to the other person’s, one may agree or disagree with that person to a certain level. But, still, one can benefit by getting educated on various other facts and views not under one’s active consideration, which can help make one’s thoughts and decisions more mature. This will help one accommodate one’s own actions and reactions. One can negotiate with the self and others to lay down a common minimum acceptable limit of actions, reactions, free-will and programme of concerted efforts towards a common goal.

On the other hand, if these views are not recognised and accommodated gracefully, or thrashed out appropriately, they will get incubated and will feed silently to grow into a volcano that will erupt at an appropriate moment. But, accommodating other’s views for common roads and goals does not mean surrendering one’s own thoughts unless one really feels the need to amend it under pressure. If one’s conviction still goes with one’s original thoughts, one should believe in it and continue with it at the mental level— keep it reflecting in one’s persuasions and self-behaviour. If it has the right energy, it will change the course and discourse. Keep patience, every silent revolution had this potential of arising out of unseen fragrances hidden close to the chest. Otherwise, as Mahatma Gandhi said, “Intolerance betrays want of faith in one’s cause.”

Divorced but friends forever: How HUL created brand ambassadors of its...