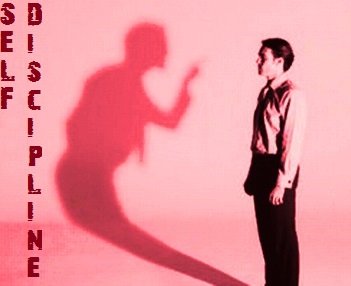 Many IR managers feel that these manipulations are necessary to manage people in varied situations, with varying needs, egos and greed. But it is absurd to believe that such manipulations and negativity can yield positive results.

Renowned author and publisher, William Feather, said, “If we don’t discipline ourselves, the world will do it for us.” This quote reminds one of a story. A criminal was brought before the court. When he was proved guilty, before pronouncing a punishment, the court asked him if he had a last wish. He wished for his mother to be called to the court to meet him. When she appeared, the criminal asked her to come close so that he could whisper into her ear. When she did as asked, to the astonishment of all present, he immediately chewed off her ear. On being asked what made him do something so heinous, he spewed venom saying, “right since my early childhood this lady ignored my indiscipline, and always defended my misbehaviour. Had she corrected me then, I would not have received this capital punishment today.”

The same applies to industrial relations. One does what one doesn’t expect others to do, and doesn’t do what one expects others to do. Without being consistent, depending upon the comfort zone, either one ignores or over-reacts to behavioural nonconformities. One doesn’t set the rules, and even if rules do exist, one refrains from the unpleasantness of executing them. However one expects others to follow rules suo moto. One becomes selective in defining mischievous behaviour, ‘show me the face, I will show you the rule’. The funniest part of indisciplined behaviour is that one criticises others for doing the same thing which one often prefers to do out of habit, for instance, hypocrisy, dishonesty, arrogance, back-biting, camouflaging credits, pursuing hidden agendas, incubating hate feelings, jealousy, distrust, espionage, grouping, favoritism and bias.

Many IR managers feel that these manipulations are necessary to manage people in varied situations, with varying needs, egos and greed. But it is absurd to believe that such manipulations and negativity can yield positive results. By virtue of its own existence, a manipulation confirms that it is a distortion of an obvious truth. And distortion of the truth, even of the slightest degree, is bound to make the event appear far from the real truth. Therefore, manipulation becomes inversely proportional to the truth. Then how can it be expected to resolve a real issue? It may be able to resolve unreal or hypothetical issues —with stronger hypothetical arguments and positioning— but certainly not real issues that get resolved only on their own merit.

Let us look at an example. There are two hungry persons, of which one has not taken any food for three days, and the other has eaten breakfast only this morning. Naturally, the first one is really starved and nothing but real food can divert his attention. The second one may be feeling hungry owing to his eating habits and not because of real starvation. A manager handling the first case has to arrange food for the person. However, the manager in the second case can adopt two strategies—truth or manipulation—as per his own choice. He can put the facts on the table and justify that the food is meant for the first one. Otherwise, he can divert the attention of the second one to other issues.

In both the aforementioned cases, one can adopt an honest approach. But some people fail to do so because they find the other way more convenient. What they do not realise is that in the long run it is much easier to stay synchronised with the truth, because the flow of truth is natural, while that of untruth is transverse. Truth is always compatible with the natural laws. Anything that is not compatible with the natural laws is a complete lie. People tend to believe the words of a truthful person, as it establishes his credibility. This makes it easy for him to resolve issues quickly and calmly. That is why, the famous philosopher Plato, aptly said, “The first and best victory is to conquer self”. Napolean Hill explains why —“self-discipline begins with the mastery of your thoughts. If you don’t control what you think, you can’t control what you do. Simply, self-discipline enables you to think first and act afterward.” Aristotle opined that, “we are what we repeatedly do, excellence then is not an act, buta habit.”

The words ‘natural’, ‘honest’, ‘truthful’ and ‘synchronised’, are integrated with ‘self-discipline’. Gandhi Ji was the biggest man-manager the world has ever witnessed. In his own words, “I have naturally formed the habit of restraining my thoughts. A thoughtless word hardly ever escaped my tongue or pen. Experience has taught me that silence is part of the spiritual discipline of a votary of truth. We find so many people impatient to talk. All this talking can hardly be said to be of any benefit to the world. It is so much waste of time. My shyness has been in reality my shield and buckler. It has allowed me to grow. It has helped me in my discernment of the truth. For winning Swaraj one requires iron discipline. There will have to be rigid and iron discipline before we achieve anything great and enduring, and that discipline will not come by mere academic argument and appeal to reason and logic. Discipline is learnt in the school of adversity. Independence means voluntary restraints and discipline, voluntary acceptance of the rule of law. Non-cooperation is a measure of discipline and sacrifice, and it demands respect for the opposite views.”

A self-disciplined person looks straight, thinks straight, speaks straight, and walks straight. Just like Gandhi! He changed the world but not his self. The great initiator never got anxious. The great manager simply managed himself. He simply walked straight to his own natural rhythm, and people followed him but naturally. He attracted people not only by words but by his own behaviour. He proved and established that truth is a great propeller. Self-discipline makes the person exemplary and respectful even for his opponents. No wonder, Nathuram Godse touched his feet before shooting Gandhi Ji!

Today it is a compelling fashion to claim, support and fight for rights. It is boring to talk about duties. People keep on referring to fundamental rights, but nobody talks about the fundamental duties stated in the same Constitution. A liar too is free to claim freedom of expression as his fundamental right. An inhuman criminal who has raped and murdered people has the liberty to claim his human rights. Even employees, who don’t perform their duties well, do claim their salaries, increments and promotions as a matter of right. But, a self-disciplined Gandhi Ji talked of balance on both the aspects, “while it’s quite proper to insist upon rights and principles, it is imperative that they should recognise the obligation that every right carries with it. The workers should treat the business of their employers as if it were their own business and give it their honest and undivided attention.”

Just halt and think! If there is no balance in the solar system, no equilibrium between gravity and centrifugal force, everything will tear apart and nothing will get created.

Self-discipline is the strongest tool a manager can deploy to establish a genuine IR environment. People don’t see what one is trying to show. They don’t listen to one is saying. They just feel what one is doing. If one is leading people, one need not tell them to come along with one. One just needs to start walking in the right direction, and they will follow subconsciously. A person who wants to negate one, bully one, or bulldoze one, does it only at one’s insistence. “It is better to conquer yourself than to win a thousand battles. Then the victory is yours. It cannot be taken from you, not by angels or by demons, heaven or hell.” – Lord Buddha.

How mentoring can help you outgrow yourself