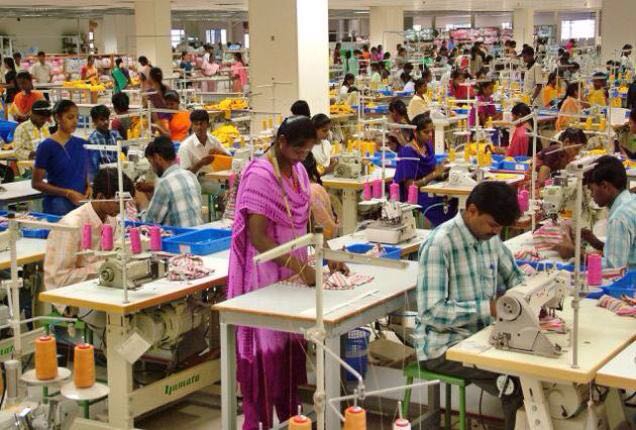 The two sectors have immense opportunities to generate formal and productive jobs, provide bang-for-buck and contribute to exports and growth.

The Economic Survey 2017, recently released by the Ministry of Finance, agrees to the fact that ‘creating jobs is India’s central challenge’ and with that, it says that India needs to generate jobs by promoting the apparel, leather and footwear sectors.

The survey says that the two sectors have immense opportunities to generate jobs that are formal and productive, provide bang-for-buck in terms of job creation relative to investment, have the potential for broader social transformation, and can generate exports and growth. Recognising this possibility, the government has already announced important steps to incentivise the production and exports of apparel.

However, despite the existing efforts, the survey reveals that India has underperformed relative to the East Asian countries where the GDP growth averaged between 7–10 per cent and the growth in the exports of these two sectors was exceptional. The average annual growth of apparel exports was over 20 per cent, with some close to 50 per cent; and that of leather and footwear was more than 25 per cent. The leather sector, in particular, was marked by underperformance.

Since these two sectors are most labour intensive in comparison to many others, the job creation opportunities are huge. “Apparels are 80-fold more labour-intensive than autos and offer 240-fold more jobs than steel. The comparable numbers for leather goods are 33 and 100, respectively,” the survey noted. In addition, drawing upon the World Bank employment elasticities, the study estimates that rapid export growth could generate about half a million additional direct jobs every year.

The survey asserted that India has a competitive advantage in terms of wages as compared to China — which has been the leading hub for the two sectors — and India needs to cash in on it by creating more jobs in the sector, resulting in overall economic growth. Due to the rising wage levels, China is losing the market share in these categories. However, unfortunately, despite the availability of labour, skills and low wage costs, India is not utilising this opportunity well.

The study notes that although India is well positioned to take advantage of China’s deteriorating competitiveness because wage costs in most Indian states are significantly lower than in China, the space vacated by China is fast being taken over by Bangladesh and Vietnam in case of apparels; and Vietnam and Indonesia in case of leather and footwear. Indian apparel and leather firms are relocating to Bangladesh, Vietnam, Myanmar and even Ethiopia.

Keeping in mind the slipping break, the survey says “The window of opportunity is narrowing and India needs to act fast if it is to regain competitiveness and market share in these sectors.”

Adding to the advantages of boosting the two sectors, the study stated that the apparels and leather sectors offer tremendous opportunities job creation, especially for women, and that in turn, will also reflect in social transformation. Women employed in the apparel factories gained financial independence and the survey stated that even in Bangladesh, women’s education, total fertility rates, and women’s labour force participation improved due to the expansion of the apparel sector.