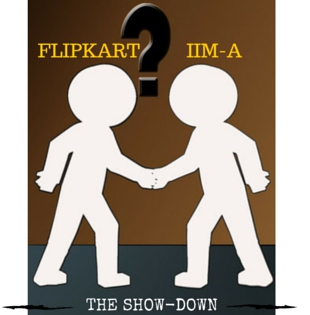 IIM-A rose in support of its disappointed students and reached out to Flipkart with an official letter conveying the time and financial loss the students had to undergo, in addition to the feeling of insecurity

Delayed joining dates for fresh campus recruits isn’t a new phenomenon. However, this time an institute has raised its voice in favour of its students. It so happened that Flipkart had hired 18 students from IIM-A, to join in June this year. However, at the last moment, it postponed the joining dates to December, citing corporate restructuring as the reason behind the delay. Flipkart’s decision naturally created disappointment amongst the hired students. Following this, IIM-A reached out to Flipkart with an official letter stating that such a decision is not justified on the part of the company as the students would have to undergo time loss, financial loss and most of all, huge disappointment just when they are on the brink of entering the corporate world.

Sharing the concern, Prof. Asha Kaul, chairperson, placement committee, IIM-Ahmedabad, told HRKatha that, “Such a decision is not justified at all as the students, who chose Flipkart to be their employer, now have to bear a huge opportunity cost.” Flipkart, on the other hand, remained unavailable for comment. However, in an official post on the website, it stated that the restructuring process at Flipkart is also focussing on a ‘comprehensive overhaul’ in their campus programme to ensure that it is in line with the new business structure, and that is why they have delayed the joining. The post went on to state that, ‘Flipkart will also pay an additional joining bonus of Rs. 1.5 lakh to all campus recruits’.

“Such a decision is not justified at all as the students, who chose Flipkart to be their employer, now have to bear a huge opportunity cost.”

A placement team member from the B-school reported that for some roles, Flipkart had offered a package of Rs. 20 lakh-plus. The bonus of Rs. 1.5 lakh is miniscule compared to the amount of approx. 10 lakh that the recruits could have earned in these six months. The mail sent by IIM-A to Flipkart, also expressed concern over the impact this is going to have on the students who have loans to repay, because students were looking forward to starting work in June itself. Flipkart responded by stating that, ‘Loan repayment begins a year after the end of studies or six months after the student gets a job, whichever is earlier (this is known as ‘moratorium period’ or ‘repayment holiday’). Candidates can seek an extension on this period by submitting their revised offer letters to the bank’.

Kaul shared that the institute had negotiated the delay and the joining bonus with Flipkart, but the company stayed firm on its decision to postpone the joining to December and made no change to the joining bonus either. The institute and the recruits have a feeling of insecurity regarding the placements at Flipkart, especially at a time when the company is trying to cut costs. Kaul said, “The student placement cell is trying to help the recruits by probing for other opportunities as well”. While it may ward off the insecurities in some time, this also indicates that such decisions by organisations can destroy the potential talent’s trust in them.

At times, organisations have to take tough calls owing to trade-specific reasons and long-term goals, and that is what happened in this case, as explained by Flipkart in their post online. It also mentioned that they understand that a few students may be disappointed in the short term. However, it was important for them to bring new campus recruits into an environment conducive to their learning and overall development. On the other hand, Kaul said, “The decision may have been made due to certain business-specific motives, but it’s still not justified. It hurts the sentiments of students who have worked hard and are on the threshold of starting their careers”.

As a rule, most business institutes do not allow students to appear for further campus placement drives once they get hired by a company. In such a case, when the company delays joining, it certainly creates panic and insecurity among students. While the students might regret their decision of choosing Flipkart as their employer, this surely sends a valid message to the companies looking at campus hiring. They should keep the institutes well informed, at the time of recruitment itself, of such strategic changes if expected to affect their students in the near future.