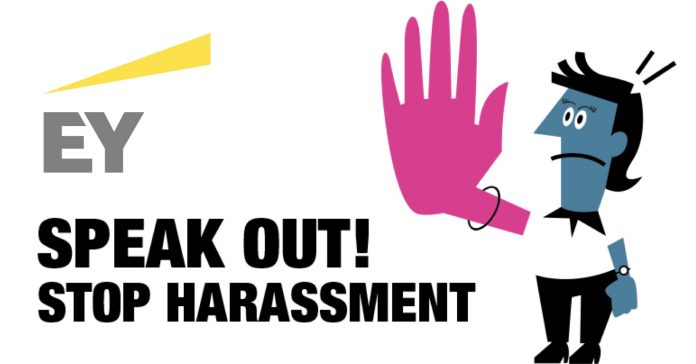 In a case of negligence and discrimination, a partner at Ernst & Young recently accused the accounting and consulting firm of failing to act when she reported her sexual assault by another partner.

Jessica Casucci, a partner in Ernst & Young’s New York office, filed a complaint with the US Equal Employment Opportunity Commission, alleging discrimination and retaliation. She accused fellow partner,
John Martinkat, of sexually assaulting her in front of two other male partners in a bar, in 2015.

Ernst & Young said in a media comment that it is ‘committed to a workplace free of discrimination and harassment of any kind’ and that this case was brought to their attention on April 13, 2018 and is currently under investigation.

The Company has sent the subject of the charge on an administrative leave pending the completion of its investigation. The Company is also determined to take strong disciplinary action against anyone who may have violated its policies and code of conduct.

Casucci’s complaint mentions that she reported the assault to the Company’s diversity and inclusiveness officer in 2016, after she learned that another woman had also been subjected to inappropriate sexual conduct. That is when she decided she needed to take action to protect the women at the Company.

As per her complaint, Ernst & Young not only failed to act against Martinkat, but also asked her to speak to an outside employment defense lawyer it had hired, refusing to promise that the interview would not be used in litigation.

Casucci said she was forced to “rebuild her entire book of business from scratch” to avoid working with Martinkat.