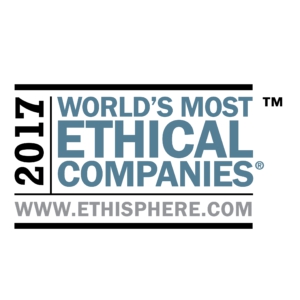 The Ethisphere Institute, a Scottsdale, Arizona-based organisation that defines and measures corporate ethical standards and recognises companies that excel, and promote best practices in corporate ethics, has announced its 2017 list of most ethical companies in the world.

This year’s list honours 124 companies that span five continents, 19 countries and 52 industry sectors. Out of the 124 honorees, only Tata Steel and Wipro have been able to make it from India.

The ‘World’s Most Ethical Companies’ programme honours companies that excel in three areas—promotion of ethical business standards and practices internally, enablement of managers and employees to make good choices, and shaping of future industry standards by introduction of tomorrow’s best practices today.

According to the study, culture takes a centrestage for most companies. Of the 2017 World’s Most Ethical Companies honorees, 57 per cent of use a survey primarily developed to measure employee perceptions of ethical culture and/or the compliance programme. However, a noticeably larger number of honorees (77 per cent) include a handful of questions specific to perceptions of an organisational ethical culture, as part of a broader HR or engagement survey.

The report states that 92 per cent of the honorees report their findings to the board. Appropriate segments of the data are also consistently shared with relevant leadership teams for discussion, and many honorees share even more broadly with employees on the whole.

Organisations also look to communicate their stories to the outer world and view storytelling as the best mechanism to do so. 98 per cent organisations say they share stories on a regular basis, either from inside their organisation or from headlines.

In addition, 71 per cent of honorees provide specific training to managers on their special responsibilities to be ethical role models. The trend is also decidedly in favour of providing this training in person, which allows managers to raise questions, discuss issues and, most importantly, practise these skills.

As part of the WMEC evaluation, Ethisphere also looked at companies in terms of their organisational structure of the compliance and ethics department, the reporting relationships between programme owners and the board, and the amount of influence and authority the department exercises across the business.

The report states that 75 per cent of honorees report that the individual assigned overall programme responsibilities is given the title ‘Chief Compliance and/or Ethics Officer’ — a stark increase over the 55 per cent reporting a similar programme lead in 2016. Also, over half of the honorees in 2017 now dedicate greater than 90 per cent of their time on overseeing the programme. Additionally, the findings suggest that leading companies maintain a compliance function that is not only increasing their authority vertically within the organisation, but is also expanding the level of involvement cross-functionally.

Interestingly, the report reveals that gender diversity supports an environment of both effective governance and increased performance, making companies more ethically responsible and successful. “We see this with the 2017 honorees; not only did the publicly-traded honorees outperform the S&P 500, but the average honoree maintains a board of directors comprising 24 per cent women,” the report states. In addition, the average honoree reported an average of 3.2 women holding executive leadership positions, representing 23 per cent of all C-suite positions.