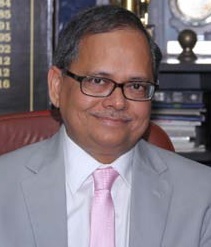 Hota is an economics graduate from St. Stephens, New Delhi, who also holds an MBA in human resources from XLRI, Jamshedpur.

DK Hota, director, HR, BEML, has been appointed as the chairman & managing director of the Company.

He takes over from P Dwarakanath, who retired on June 30.

Hota joined BEML in July 2013, prior to which he worked with Hindustan Petroleum Corporation (HPCL) for 30 years. His last designation at HPCL was head-natural gas division.

An economics graduate from St. Stephens, New Delhi who also holds an MBA in HR from XLRI, Jamshedpur, Hota says, “I believe that the ‘Make in India’ campaign of the Government of India is a golden opportunity for BEML to grow. With the given potential of the skills and experience, I am sure that the Company would rise to greater heights.”

BEML, a defence public-sector undertaking established in May 1964, is a Mini-Ratna Category-I Listed Company with 54 per cent of its capital held by the Government of India.

It is a diversified heavy engineering conglomerate with proven capability in designing, manufacturing and marketing a wide range of products in three major verticals—mining & construction, defence, and rail & metro—in a highly competitive environment.

BEML has four major manufacturing complexes located in Bengaluru, KGF, Mysore and Palakkad. It also boasts of a well laid out marketing & servicing network across the country.

Having achieved an annual turnover of over Rs. 3,600 crore in the past, BEML now looks forward to sizeable growth in the near future.