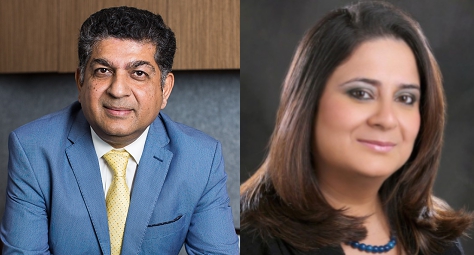 Indian businesses are realising that franchisees are an integral part of their system, and that it’s equally important to develop talent for the franchisees as much as for their own organisations.

Maruti Suzuki recently revamped the HR function of its vendors. Now, Coca-Cola India seems to be following a similar strategy. The cola major has created a new function —franchise capability & business transformation. This function will work on building new capabilities and high-calibre talent pool in the company’s franchise bottling system. The importance of this function is evident from the fact that it has got its head-HR, Sameer Wadhawan, to spearhead this function.

Wadhawan has been leading HR and shared services at Coca-Cola India for the last six years. During this period, he has played a significant role in contributing global talent for Coca-Cola from India and South West Asia (SWA).

Wadhawan will take on his new role from January, 2017. He will work closely with Coke’s 15 bottling franchisees in India and South West Asia. The objective is to make these franchisees future ready and enhance their people capability. The Indian and South West Asian regions of Coca-Cola aspire to be the fifth largest market for the Company, globally. The company realises that this cannot be achieved without enhancing the capability of its bottling franchisees.

Wadhawan passed out of XLRI in 1987. In the last 30 years, he has worked with companies, such as Nokia Siemens Networks, Cadence Design Systems India, Hewlett-Packard, Duracell and Ranbaxy Laboratories.

He has managed all aspects of HR — employee relations, recruitment and selection, talent development, as well as compensation and benefits — and that too, across industries including IT, telecom, pharmaceuticals and manufacturing.

Venkatesh Kini, president, Coca-Cola India and South West Asia, says, “Wadhawan will take on this business-critical role of developing capabilities for the franchise bottling operations, across the region. Besides, Manu Narang Wadhwa will replace him as the head of people function. Together, they will ensure that the ‘people’ agenda within the company and the larger Coca-Cola system is shaped properly.”

Wadhwa moves in from American Express International, where she was vice-president and head – HR transformation & capabilities. A PGDBM from the Symbiosis Centre for Management and Human Resource Development, with specialisation in human resources, she started her career as a finance analyst with Tata Unisys, responsible for branch accounting & financial analysis.

In 2000, she switched over to HR at Mahyco. Between 2001 and 2007, she worked with GE in various capacities — head-HR, talent & development lead, M&A lead and organisation & staffing lead. She contributed extensively to the evolving business growth and transformation strategies, through the human capital charter, focussing on culture & change, talent management, skills & capabilities setup, leadership depth and retention. In 2007, she moved to American Express and has been with the company ever since. She played a crucial role in institutionalising the Amex Global HR Operating Model.