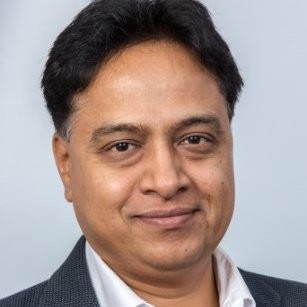 Allapur will move from Capgemini, where he was CHRO, global head-HR, business services

Allapur started his career in 1993 with Pennar Aluminium. In 1996, he joined Citicorp Overseas Software as manager-human resources, and became instrumental in scaling up its workforce to over 350 employees in 18 months.

In 1998, Allapur set foot in the IT industry by joining iGate Global Solutions (Mastech) as its vice-president HR & business services/director-global resources. During his tenure at iGate, Allapur was responsible for global locations including UK, Australia, the US and India. He played a key role in the integration of the Australian firm which was newly-acquired by the Company.

Allapur’s stint with iGate was the longest in his 25-year old career. It is here that he evolved as a global HR professional working across geographies.

He climbed up the rungs to become vice-president and head-human resources, Americas, of Patni Computer Systems, which was acquired by iGate, and also moved to Boston during that period.

He headed a 30-member team and was responsible for HR deliverables for over 3,500 employees in the Americas (USA, Canada, Mexico & Latin America) which generated over 80 per cent revenue for the Company. He shouldered the role for five years, between 2005–2010.

Later, he moved to Tesco HSC, the Indian arm of Tesco PLC, a UK-based retail corporation. He joined as head-human resources, India and was responsible for over 6,200 employees.

In 2012, Allapur moved to Capgemini Business Services as its vice-president and head- human resources, India & global delivery network. He was responsible for the overall HR function for its 10,200-strong workforce, spread across seven cities.

He was elevated to the position of CHRO, global head-HR, business services, in 2016 and also became member of the executive council, reporting to the global CEO. He offered strategic HR supervision to over 28,000 employees spread across North America, Latin America, Europe, China, India & APAC.

Allapur is a postgraduate in human resources from the Tata Institute of Social Sciences.