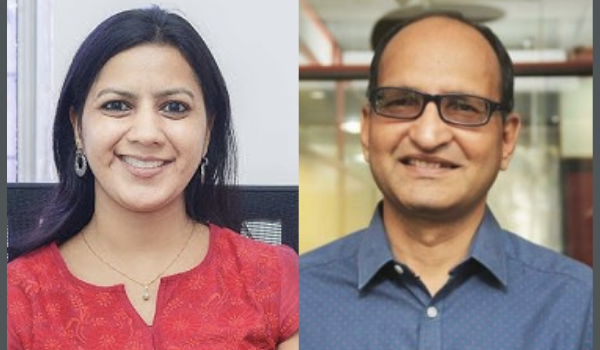 After spending more than seven years with Big Basket, Hari TN, head – HR, Big Basket, has decided to exit. Tanuja Tewari will step into Hari’s shoes, as sources close to the development have confirmed to HRKatha.

Hari has announced his exit from Big Basket on social media and has thanked the Big Basket family for all the support and love in the last seven years. “I learned a lot in these seven years and developed character. The parting wasn’t easy emotionally, but parting is the very essence of any new beginning in life,” writes Hari.

Post this, Hari has decided to work on his own venture, called Artha School of Entrepreneurship, which will help entrepreneurs scale their ventures and contribute to the economic and social prosperity of their communities. The vision of Artha will be to become the world’s leading institution to help founders build large and sustainable businesses.

Hari has more than three decades of experience in HR and has worked with diverse brands, leading their HR function. He started his career with Tata Steel as a management trainee and spent time handling various roles in the Company, such as engineering, project management, procurement, general management and HR. He ended up working with Tata Steel for more than 14 years and served his last position as the head-HR for new initiatives.

Moving on from Tata Steel, Hari joined IBM as director-performance management, compensation & benefits and corporate HR, in 2002. Within three years, he moved up the ladder and ended up as the VP and head – HR of the Company.

Later, Hari took charge as SVP and global head – HR at Virtusa, where he was responsible for building collaborative teams scattered around the world. Moving on, he also served as the MD and global head of HR at Amba Research, a global knowledge-management firm, where he spent more than four years.

After working with large and established enterprises, Hari decided to foray into the world of new-age start-ups. His first stop was TaxiForSure.com, where he joined as the chief people officer and helped the Company in scaling in just one year, from four cities to 45 cities in the country. After working with the company for about a year, he joined Big Basket as head-HR in 2015.

Prior to joining Big Basket back in 2015, Tewari was the senior manager – HR at Shalimar Paints. She comes with sigificant experience in managing manpower planning, recruitment, induction, employee engagement, industrial relations, training and payroll management. She is also adept at handling productivity negotiations with the labour unions, thanks to her stint with ITC.

KPMG India gets Yezdi Nagporewalla as its new CEO