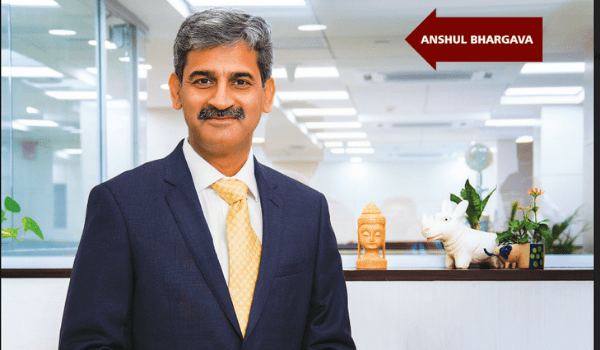 Anshul Bhargava, chief people officer (CPO), PNB Housing Finance, believes that his designation aligns with the core value of the company – ‘People’. Thus, 80 years ago, in 2012, when he began his journey here, he first restructured the HR function, replacing the position ‘HR head’ with that of ‘CPO’.

Bhargava was taken on board for a purpose — to transform the culture of a PSU into that of a corporate entity — when the business management moved into the hands of private equity players. Building the function from scratch was not easy. First, it was challenging to attract competent talent from the market — a PSU was not even a third choice for many. Second, resistance from legacy employees was backbreaking. Putting up a tough front, Bhargava applied change-management principles by Kotler. He disrupted the contemporary practices followed by PSUs during takeover. Commonly, they follow two pay structures, one for the serving employees and the other to lure new recruits. The CPO insisted on a single reward structure for all employees. He promised incentives to the fresh entrants — a salary hike in two to three years on the basis of their performance. Killing two birds with one stone, he demonstrated leadership qualities that not only helped him buy-in competitive candidates, but also prevented legacy employees from feeling sour.

Bhargava has come a long way since then. Today, his focus is on mid-level management. “In the financial sector, especially during a growth spurt, employees jump jobs to land higher positions or senior roles, without getting the opportunity to develop competencies through prescribed learning paths,” he says. With the intention of developing a robust brand, Bhargava has taken it upon himself to chalk out the road map for developing his people. The organisation, along with its fully-owned subsidiary, has 5000 heads. His strategy involves three steps — first, to identify promising resources; second, to invest on a long-term (six months) comprehensive learning intervention, and third, to ensure meaningful cross-functional experiences.

“The strategy is to evolve people from being individual contributors to becoming team leaders, through a structured and integrated learning programme, which includes classroom learning, business simulations, and experiential learning for a period of six months,” he shares. Akin to the other human resource leaders striving to automate their function and reform the mindset of their employees, Bhargava is also keeping one eye on the future while driving the change in his organisation.

He considers it his duty to nurture his people through the unknown future with respect to the gig economy and multi-generational diversity, and also prepare his teams to become agents of change. “However, I firmly believe that although AI can bring in intellectual capabilities on to the table, softer aspects, such as, empathy, are a prerogative of human leadership,” expresses Bhargava.

Bhargava invests in himself by keeping a steady reading habit. The Future Ready Organisation, a book by Gyan Nagpal is one of the most recent books he has read. In his childhood, the Commando comics were his favourite.

Having grown up in a cantonment area in Mathura, Bhargava was fascinated with olive green. He was all in awe of the army leaders and their authoritative persona. He joined the Indian Army — his first profession after university — where he developed multi-faceted experiences, such as combatting from the front to learning the art of becoming a personality assessor. “The biggest learning from a 21- year long army tenure was to lead by example and walk the talk. Very early on, I learned that to become a good leader, I have to respect people and deal with them with utmost fairness and compassion,” shares Bhargava.

Prior to his last posting, as a personality assessor at the army selection centre, Bhargava was trained at the Defense Institute of Psychological Research. There, he underwent comprehensive courses to understand human behaviour, in order to assess personalities for selection of candidates in the Army. “Having qualified to be a group behaviour analyst — one who understands group dynamics — my expertise lay primarily in predicting team spirit during recruitment, akin to performance centres in the corporate world,” narrates Bhargava. He had friends in the HR fraternity to guide him. So, rightfully, he pursued an executive MBA from IIM Calcutta and landed a job in at Asset Reconstruction Company India (ARCIL) as head-HR, at the campus.

When it comes to purpose and motivation, he has tackled all his roles — be it combatting from the front for the country, transforming the stereotype culture of a PSU, or making PNB Financial Services a futuristic company — with equal rigour.

Rajesh Sahay: It’s all about discipline, integrity and humility