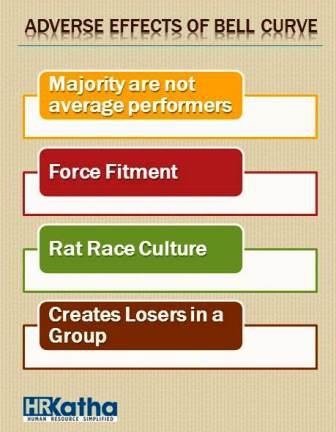 In the new system, there is no forced fitment of an individual into a particular performance grade. The erstwhile quota system of performance grades, where every department is supposed to have its list of high and low performers, has been abolished.

“This system establishes a culture of meritocracy with very high levels of objectivity. Doing away with the ‘Bell Curve Methodology’ was the need of the hour and we believe that the Percentile System of Performance Management is the secret recipe for doing so,” he adds.

The power distribution company launched an internal programme — Srijan — to seek its employees’ opinions on their preference in terms of a performance management system. This internal exercise indicated that the step model of reward distribution, for instance, compartmentalising employees into grades — A, B, C, D, E, and likewise — was a demotivating factor. Employees were also against the force-fitment at the individual department levels.

The new PMS addressed both concerns. It was decided that the percentiles will be drawn at the organisation level, and rewards distribution will be step less.

This means, there is no forced-fitment of an individual into a particular performance grade. The old quota system of performance grades, where every department was supposed to have its list of high and low performers, has been abolished.

In the new system, employees at a particular grade, are ranked relative to peers, at the same level across the organisation, based on the score received.

However, what has remained status quo is the scoring system, which has built in very high levels of objectivity, to ensure a phenomenon called ‘Distributive Justice’. The foundation of this system is its goal setting process, where every goal is required to be linked with the organisation’s overall strategy, in addition to the KRAs being absolutely measurable.

While the steps, such as Half Yearly Review, are arterial to this system, the scoring done by the reporting manager considers only the ‘actuals’ delivered by an employee and then compares it with the set targets.

The system intelligence, developed by the company, automatically calculates the final scores of an individual on the basis of the ‘actuals’ delivered and the individual weightages assigned to each KRA. Next, the data tabulates the scores of employees across functions, departments and divisions, at a particular organisational hierarchy. These are ranked, and if need be, suitably moderated.

This gives rise to an organisation-wide merit order ranking, at a particular level, and it is then converted into percentiles. These percentiles are then used to arrive at the associated rewards.

“The success of a programme is based on the fact that PMS is entwined with the organisation’s vision and mission, thereby driving the desired performance culture,” says Tolia.

This system has been implemented for roughly 8,000 employees across multiple entities of the Tata Power Group. The uniqueness of every Group company has also been preserved by building in company-specific flexibilities.

This has ensured a common framework of performance management across the group, thereby aligning the performance of every individual to the overall strategy of the organisation, as its basic construct. PMS being the ‘spine’ of all HR systems and processes, has thus been brought under a common framework.

What’s interesting is that the internal activity, ‘Srijan’, received 2000 suggestions from its employees. With the aim to reach out to all employees of the organisation, five channels were used.

The first one was ‘Focused Groups’ where every employee of the organisation was made part of a batch of 20 members. Besides, a web-based online portal was designed to garner inputs from certain employees who are on shift duty.

A dedicated helpline and e-mail address were created to clarify any queries and to take note of inputs. Finally, individuals were designated as leads to conduct sessions across locations.

The objective behind seeking employees’ participation was to strengthen the ‘People Perspective’ of the organisation in its 100th year of operations.

The company has also delinked the performance management system from the potential management system (PoMS). The difference between the two is that while the former follows an April–March cycle, the latter follows a December–January cycle. Besides, PMS is a backward looking exercise whereas PoMS is a forward one.