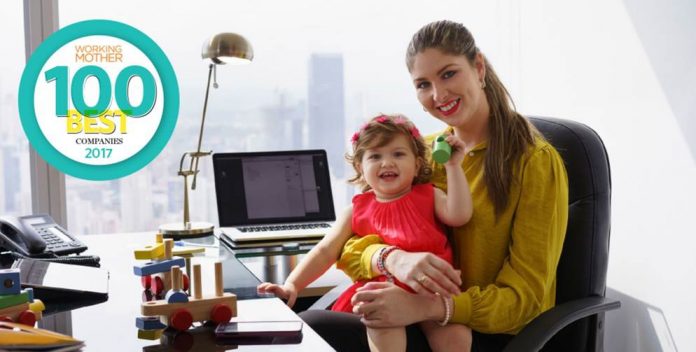 The Study, by Working Mother in partnership with the AVTAR Group, aims to identify the best practices and policies followed by companies for increasing women’s workforce participation

The 100 Best Companies for Women in India have just been announced and organisations, such as Accenture, Deloitte, IBM, Procter & Gamble and Schneider Electric India, feature amongst the top 10. They share space with Shell India Markets, Tata Consultancy Services, Northern Trust Bank, People Combine Educational Initiatives and EY in the top 10 list of the second edition of the Best Companies for Women in India (BCWI) Study.

Instituted by Working Mother in partnership with the AVTAR Group, the study aims to identify the best practices and policies followed by companies to increase women’s participation in the workforce. This second edition of the study received registrations from 360 employers in the country, with 250 of them submitting their applications and 100 of them being listed as the Best Companies for Women in India.

Interestingly, the survey reveals that expanding the canvas of their women-oriented initiatives, 38 per cent of the 2017-100 Best Companies provide support to women suffering postpartum depression, 20 per cent provide support for employees with autistic children. In addition, 67 per cent of the companies have formal phase-back programmes (15 per cent up increase from 52 per cent in 2016) to help young mothers reintegrate themselves back to work post maternity. The study also states that 40 per cent of the companies across industries have formal programmes for returning women. In tune with the increasing pattern of millennial couples sharing familial responsibilities, 94 per cent of the 2017-100 Best Companies offer fully paid paternity leave to their employees—the maximum being 56 days.

Reflecting on the same, Saundarya Rajesh, founder-president, AVTAR Group says, “Whilst it is encouraging to note that many companies have introduced new policies to retain valuable women talent, this trend still remains nascent in the traditional services industry and there is a need for industries, such as manufacturing and infrastructure to leverage the opportunity of an increase in employable women talent.”

Adding to this, Subha Barry, senior vice president & managing director, Working Mother Media, says “The impact that BCWI has created in the Indian market, where companies have recognised the need to have women in the workforce and have diligently worked towards introducing best practices, is truly remarkable. We have noticed that this is not just at an entry level but across all levels, which is very encouraging for women employees in the company.”

The selection was based on data of the highest order of granularity spanning seven key policy clusters—workforce profile, flexible work, women’s recruitment and retention, benefits, paid-time, company culture and safety and security, as provided by the applicant companies.

Reimbursements fell 27% in April-June, rose 55% in July-Nov for startups