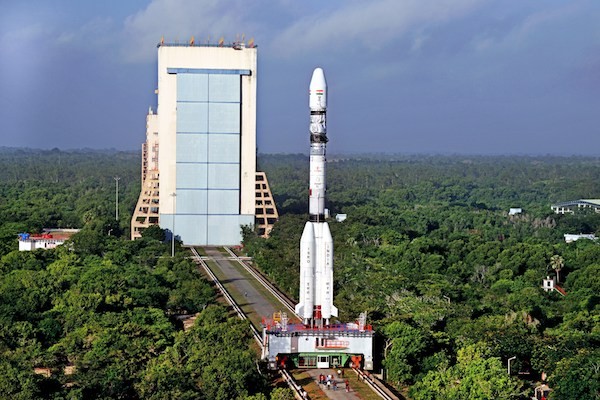 ISRO may not have been successful in the safe landing of Vikram lander on the moon. However, the efforts of the team were widely appreciated. The Company earned a lot of respect among the people in our country. Probably, this could be the reason why this government organisation has emerged as one of the favourite destinations for Indian techies wanting to build their careers.

In fact, ISRO is the only state-owned company to have found a place in the list, which is dominated by multinational companies. Every year, Indeed, a global job site, releases a list of companies where Indian techies desire to work.

This year, SAP tops the list followed by Adobe and VMWare. Microsoft comes in next at No. 4 and ISRO is at the fifth position.

In total, there are 15 companies featured in the list out of which 10 are multinational tech giants. Among the remaining five, four are home-grown Indian companies —Myntra, PayTm, Flipkart and TCS. ISRO is the solo player representing the brigade of state- owned companies or the PSUs. The other MNCs that found a place in the list are Cisco, IBM, Apple, Amdocs, Genpact and Mphasis.

There is a growing importance of employers value proposition as it’s a job seekers market. Most candidates, especially those belonging to Gen Y and Gen Z, prefer to do a recce before deciding to join a company.

To derive this list of companies, Indeed relies on a proprietary algorithm to rank companies using a variety of factors, such as average rating, number of reviews, and the history of job openings. However, in general, companies with a large number of high ratings will be positioned higher in the ranking. The ranking methodology is applied uniformly across all companies, in all lists. The list of ‘top-rated workplaces’ is determined at Indeed’s sole discretion, based on Indeed user rankings.

Sashi Kumar, managing director, Indeed India, says in an official communique, “It is important for companies to work towards building an inclusive workplace and create a culture of ownership and loyalty among their employees in order to increase overall productivity. Companies that go beyond strategic workplace programmes, to create a conducive work environment have been seen to have a positive impact on the employee’s perception of the organisation.”

“Around 63 per cent of job seekers, as per an Indeed survey, say that online company reviews by current and former employees are the most important factor when trying to decide whether to apply for a role at a company,” adds Kumar.

A look at last year’s rankings is enough to understand how the preferences of Indian techies have changed. The top five positions, which were dominated by MNCs until last year, have seen a contender in one Indian PSU— ISRO—which has jumped up the ranks from the No. 10 position last year.

A similar leap has been made by Myntra, which climbed up five positions from a No. 12 rank in 2018. TCS, on the other hand, has almost been stable in its place going up by one from No. 15 last year.

PayTm and Myntra’s parent company, Flipkart, is the new entrant to the list this year.

Among the MNCs, SAP has moved up from the sixth to secure the top position, while Adobe, which led the pack last year, has stepped down a peg to settle at second place. Microsoft shifted to the fourth place, while VMware entered the top five this year, securing its place at the third position.

Other international contenders, such as Akamai Technologies, Citrix Systems Inc., NVIDIA, Qualcomm, Intel and Hewlett Packard are nowhere to be seen in the top 15.

IBM, Genpact, Amdocs and Mphasis are the new players to feature in the top 15 list of ‘top- rated workplaces’ by techies.