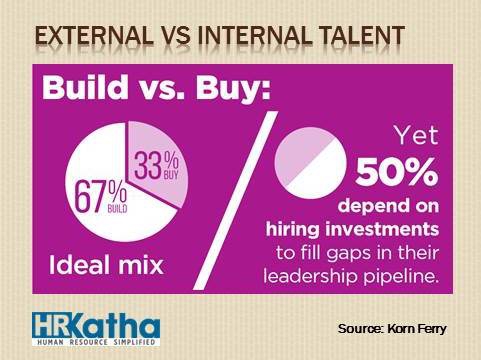 Only 17 per cent of those surveyed by Korn Ferry are confident that their organisations have the right leadership aligned with their strategic priorities.

Only 17 per cent of those surveyed by Korn Ferry are confident that their organisation has the right leadership to deliver on its strategic priorities. Korn Ferry’s ‘Real World Leadership’ study is based on the opinion of more than 7,500 executives from 107 countries.

To fill the gap of leadership, organisations are now looking at external hiring. A mix of external hires—with their fresh perspectives—and existing leaders—with organisational knowledge and experience—is healthy for every organisation. An internal–external ratio of 67:33 is considered to be a healthy one. However, the survey reveals that 50 per cent of organisations depend on hiring investments to fill gaps in their leadership pipeline.

“Organisations need to identify talent much earlier than they did in the past so that there is time to provide relevant, tailored, and targeted development to equip them for the career- defining challenges that lie ahead,” says Dési Kimmins, principal consultant, Korn Ferry.

When it comes to external hires, companies expect a quick turnaround. Leaders in new roles are expected to perform optimally in six months or less. 23 per cent of the companies expect them to perform in seven–nine months. While it takes about six months for new staffers to reach a break-even point where their contribution equals their cost of hiring, it is widely accepted that it takes a full year for leaders to perform at full speed and potential in new roles.

Even for internal talents who take up leadership roles, many organisations fail to provide the proper support at the time of promotion or transition into new or different leadership roles with increased and evolved responsibilities.

“Once organisations have identified their high-fliers, they tend not to define the specific development needs required to get these individuals where they need to go,” says Kimmins. “Without targeted and aggressive development, the likelihood of derailment increases and that’s why we see so many failed promotions.”

The study reveals that 40 per cent of executives in new roles fail within the first 18 months, and some estimates say this costs organisations as much as $2.7 million per executive.

Individuals moving into first-time leadership roles face the challenge of contributing through others. Where previously they were rewarded for their technical skills, leading or managing others requires broader interpersonal skills. If they fail to get the help they need to develop their relationship-building and influencing skills, their success and impact suffer.

Companies do have an onboarding process in place. However, with most organisations, this process only involves introductions and meetings with only those the new leaders will work with most closely. Such a process merely brings them up to speed on company processes and procedures. Typically, this does not address the critical leadership and strategic challenges the individual will face.

Even in terms of top leadership roles, companies need to be very particular in choosing the right person. Many companies believe that a successful senior vice president should be able to step into the next highest role without further development.

However, the reality might be different altogether. A CEO, for example, not only has to run a business but also deal with a large number of external stakeholders, such as shareholders, the board of directors and business partners.

This is challenging to put it mildly. Development and feedback, even at this level, are still necessary.

To build a robust leadership pipeline, companies need to embed leadership development in culture and strategy, ensuring it is consistently sponsored by top executives.

In addition, organisations need to make leadership development more relevant and engaging by focussing programmes on the organisation’s current strategies and business issues.

73% leaders in India admit that open discussions are welcomed in...

How perceptions of employees and employers differ