App-based HR offerings, that are tech savvy and convenient to use are the latest trend

Most companies were left playing catch-up with tech disruptions, a workforce with different needs, customised people actions and the move from talent management to people management. So, the scope for these trends, and more, to come into their own in 2017 is immense.

Approaches that will change the way we look at the interventions in terms of cultural relevance, functional expertise and competency building.

While take-home salary has emerged as the common preferred salary component, there are distinct differences in other perks desired.

Paying more to an unknown angel

Ironically, the less we know about potential hires and their propensity to contribute to an enterprise, there is a greater probability of them being incentivised in terms of rewards, remuneration and compensation!

What’s the priority for BFSI employees?

Around 29 per cent of the respondents rated the size of the company as the most important factor while joining or switching companies, whereas 27 per cent felt career prospects was the topmost priority.

The company has increased the maternity leave from 12 weeks to 52 weeks—the longest offered by any organization in India.

HRBS is a dominant player in the compensation and benefits space for inbound multinationals and has established market leadership in the luxury goods, retail and apparel-sourcing sectors across Asia.

The company has showered new and soon-to-be-mothers at all stages with several benefits—from pre-delivery, post-delivery until return to work.

How perceptions of employees and employers differ

According to a study by Nielsen, commissioned by PNB Metlife Insurance, there is a significant gap in the degree of loyalty towards each other, as perceived by employers and employees.

As per a study by Hay Group, the core business heads and top business enablers in a company are considered to be equal stake holders in growth, which is why the gap between their salaries is now marginal…

Hay Group predicts an average of 11.3 per cent hike in...

The consultancy reports that the average salary hike will go up in 2015, with FMCG and chemicals leading the way…

Rakyan is the global data services practice leader for the Asia Pacific region. This move re-emphasises the company’s focus on the Indian market. 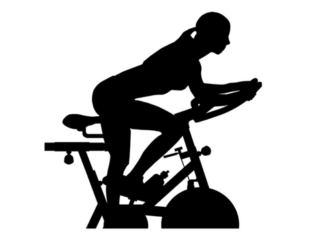 HRK News Bureau - October 7, 2022
0
About 12 per cent of Peloton’s workforce may be asked to leave. The connected-fitness company is about to cut about 500 jobs in a...

Hiring news from across the globe

How to keep overenthusiastic leaders from spoiling the work environment