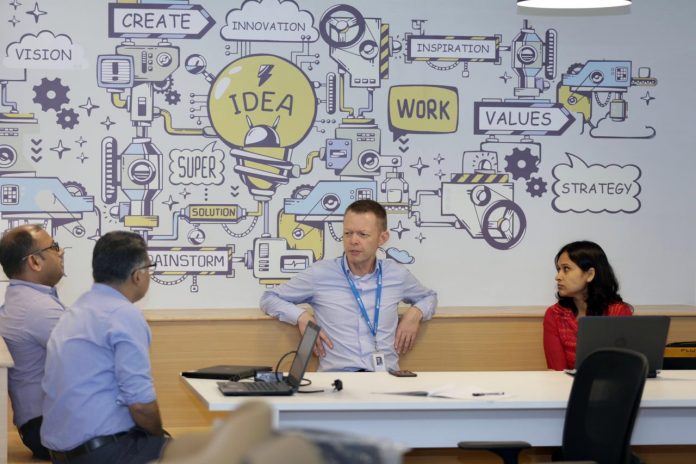 While agility and performance are hot topics for organisations these days, companies dealing in life insurance have mostly stuck to the traditional way of doing things. One company, however, has decided to shake things up a bit.

Mumbai-based Aegon Life Insurance has implemented a new model of project management and delivery from May, 2019, and it has already begun showing positive results! It has formed cross-functional squads that handle different projects, and are evaluated according to an agile performance-management system. The traditional model of project management ran on a project to project basis, with each department working within its own vertical without collaborating with other departments. This resulted in lack of accountability and crucial progress falling through the cracks.

Saba Adil, chief people officer, Aegon Life Insurance, shared how the company started on this new journey. Being a digital life-insurance provider, the Company felt the need to scale up using digital partnerships in the area of a new age e-commerce ecosystem. However, scaling up required continuous innovation, faster delivery of products and a structure equipped to handle the demands of an agile system.

To prepare for this new path, Aegon settled on a squad structure for project delivery. The trick was to find the people with the right capabilities. Once they were recruited into squads, either through sourcing from outside or through internal hiring, they were given differential and digital training to fine-tune them for the road ahead.

Each squad consists of a cross-functional team, including a business product owner, a technical product owner, a business analyst, a scrum master and a tester among other team members. Each team reports to a business-product owner responsible and accountable for the entire team. “What we found was that arranging our teams in this manner allowed us to move on from the traditional system of project management and create teams that are more autonomous in their work, thus making us more agile in the process. For us, being agile means having shorter cycles for product delivery”, says Adil. Currently, there are five product owners for six squads, but efforts continue to include more talent in the system.

To design an agile performance-management system, it was important to effectively determine the performance level of the new squad system. As Adil pointed out, the concept is pretty new and a concrete system of management is yet to be implemented. However, even so, positive results have begun flowing in already, within four months. As per their expectations, they already have a new product being readied for delivery in the coming few weeks!

“We are forming a separate agile TEAM, which will monitor the performance of these cross-functional squads and work on designing new agile practices”

Developing an agile system for a life insurance company has been a tough challenge for the team at Aegon. According to Adil, there were primarily two challenges that they faced before rolling out this new strategy.

The first challenge was bringing clarity around the entire system. This was important because without clear visions of what the goals were for each individual, and accordingly, for each squad, there could arise a lack of purpose among the employees, which then would derail any progress. Adil, therefore, emphasised on continuous communication among all employees. Each function, like the scrum master or the product owner, required separate briefing as to what its goals would be. Moreover, the goals had to be continuously communicated to all members.

The second challenge was to bring in the right people for the job. Crucial skills, such as that of a business analyst or technical product owner, were not easily available and a lot of upskilling had to be done within the company. For other roles, talent had to be sourced from outside. Talent mapping and capability analysis was done to find out the talent needs. “We also had to employ a differential compensation strategy for people brought in from outside. This is because, in life insurance, such talent is not easy to come by,” explained Adil.

Overcoming the challenges was just part of the work. It was also crucial for employees once trained in the agile manner of work to be regularly coached to prevent them from veering off track. For this reason, separate training programmes were conducted for every function. A special project manager has been hired who doubles as a coach for these newly-placed squad members. “We are forming a separate agile team, which will monitor the performance of these squads and work on designing new agile practices”, she added.

With this complete turnaround of business practice, improvement has happened swiftly. The silo mentality of working within one’s own departmental function without collaborating with other verticals has been put behind. For Aegon, the new model is showing a lot of promise. This change has been positive not only for the business, by putting products out in the market much faster, but for the employees as well. With more transparency in business and clarity of goals, employees feel enabled to perform their best. This augurs well for the company’s overall health.

ATG to restart work-from-office from a brand new HQ