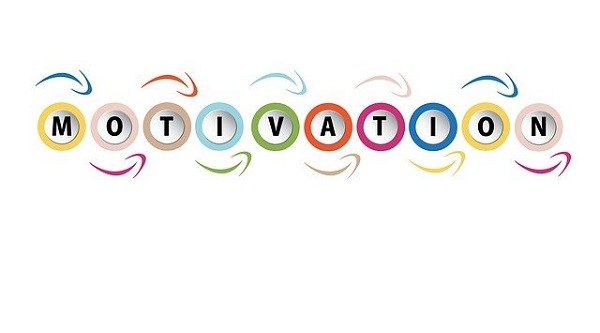 The out-of-turn promotion of Seema Dhar, a head constable from Delhi, after she rescued 76 missing kids in just two and a half months became a topic of great discussion. Delhi Police received a lot of praise for rewarding her for her incredible work. As part of a new incentive scheme rolled out by the Delhi Police, anyone who finds 50 missing kids under 14 years of age, in the next one year, will be promoted before the cycle. It is seen as a big morale boost for employees to do their job well, and even over achieve. The HR space always had out-of-turn promotions as a part of their compensation and benefits policies. While it’s a great way to motivate the employees to do better, it also comes with its share of challenges. It is imperative to be transparent about what led to such an upgrade for an individual in an organisation to keep the work culture from getting murky.

Prasad Kulkarni, senior vice president – HR Business Excellence, The Citco Group, believes it motivates employees. “It motivates not only the employees who are getting promotions, but the others as well. It obviously depends on the competence and requirement of the role. Sometimes, the promotion is a part of the individual development plan (IDP). In my past organisations, we created IDPs for a few employees and told them that they were being put on fast track. We worked on 9-box and their competencies.” It has to be created for a specific role, experience and performance.

If the work is visible, it will set a good example for others who can see these people as role models. However, if it is done out of favouritism or with a vicious intent, it may spoil the work culture.

Earlier, some promotion policies followed a typical format of tenure-based upgrades. Many organisations have distanced themselves from this archaic model of hiking a person’s salary, irrespective of their contribution to the company. It was useful then, as per the mind-set of those times, wherein if one worked for a certain number of years, one just got promoted. Ideally, such promotions should mean increase in roles and responsibilities, but very often, these promotions are bestowed without any change in the roles, duties and accountabilities. Now, it has become more performance-oriented.

“Human resource practices should be agile and flexible enough to allow room for such exceptions, to retain high-potential talent.”

Ganesh Chandan V, chief human resources officer, Tata Projects, states that even in the most rigid organisation, there must take place a few out-of-turn promotions and explains why it is essential. “More than the timing, it’s important to recognise some of the high performers because in the present scenario, time-bound and rigid promotions will make it difficult to retain high-potential and ambitious talent. Human resource practices should be agile and flexible enough to allow room for such exceptions. Therefore, it is becoming highly common in many organisations today, largely because it serves as a great reward and recognition tool, and aids retention. Organisations should be more flexible to respond to talent needs.”

Everyone unanimously agrees that the individual who gets the benefit should be selected judiciously. In other words, such out-of-turn promotions have to be just and fair. Rajorshi Ganguli, president and global HR head, Alkem Laboratories, cautions, “It shouldn’t be seen as unfair. If the work is visible, it will set a good example for others who can see these people as role models. However, if it is done out of favouritism or with a vicious intent, it may spoil the work culture. The message it should get across is that, if one really does a good job, one will be considered for a promotion. It should set a good example, and therefore, should be done judiciously and not whimsically.” Ganguli is quick to add that if such an exercise creates a bit of disharmony, it’s okay.

“Sometimes, a promotion is part of the individual development plan (IDP). In my past organisations, we created IDPs for a few employees and told them that they were being put on fast track.”

Chandan V shares the same belief, that a bit of unrest or disharmony is a standard response to performance differentiation. “If one person gets promoted out of turn, purely based on merit, others will have to deal with it,” he says.

However, that is not the only issue here. “After having invested time in grooming a person, if that person leaves the organisation for some reason, all the hard work comes to naught. This may demotivate other team members who probably were expecting the role. Some may even quit the organisation. Therefore, we have to keep in mind ways to retain such talent. I feel if proper information and rationale are shared with the employees, this can be avoided,” explains Kulkarni.

Clearly, all are in favour of out-of-turn promotions, provided they are granted in an effective and honest manner, such that others are motivated to achieve more. Transparency and correct communication remain key in such situations.

Where to hire talent from — larger organisations or smaller?

How Hindustan Unilever devised a programme to make its employees future...