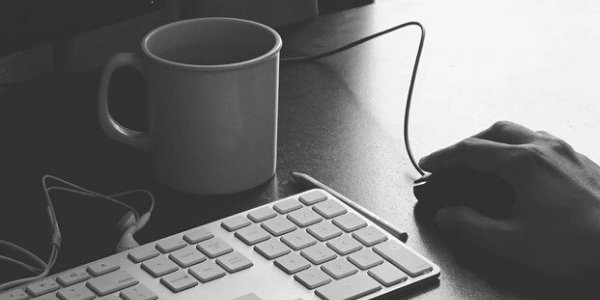 Jumping from one employer to another always requires some legwork and adjustments. But doing so during a pandemic can prove extremely challenging. While some may be already in talks with various other employers in terms of a switch, others may be preparing to begin their search now, considering the present situation.

Nishant Madhukar, group head – HR, Ferns and Petals, feels, “One shouldn’t opt for any job change during crisis unless the organisation is dropping hints that one may get laid off in the days to come. A crisis isn’t a great time to switch because the problem is more at a global level and not merely at the level of a particular company or industry.”

Considering that the market is very volatile and there is uncertainty in coming months, employees should carve out a niche to make things work with their present companies. Also, if one’s current company isn’t asking one to leave and instead is planning to retain one, then one should probably cope with the present issues and stick to the same company with patience.

one has to deliver, in terms of performance and productivity, as that will be the only parameter of sustenance at the new workplace

“While almost every company in such times goes through salary cuts, employees should consider staying in the same organisation and fight harder to sustain. Even if they opt for a switch, they will not be at an advantage. Because all said and done, any company, at a time like this, will only cherry pick them. And during such harsh times, they may even convince them to join at a lower salary,” explains Venkatramana B, group president – HR, Landmark Group.

Also, in a new job, one will take time to settle and build new relationships. This would require a considerable amount of time. More importantly, it’s difficult to accommodate all these things amidst a severe crisis.

Madhukar throws light upon the fact saying, “There is an increased sense of job uncertainty along with the pressure of performance for the new boss. In any company, whenever there are decisions pertaining to hikes, appraisals or promotions, preference is given to the older employees rather than the new hires.”

While almost every company in such times goes through salary cuts, employees should consider staying in the same organisation and fight harder to sustain. Even if they opt for a switch, they will not be at an advantage

Therefore, a good hike, or lack of appraisal cannot trigger you for a change in times of crisis. “Those can only be called important symptoms which may trigger the thought of leaving the company. They cause a lot of anxiety, as there is stress in the atmosphere. In such situations, the managers and peers too need to be levied with certain leverage as they too are in the same storm, sailing in the same boat of survival,” opines Madhukar.

If a company is keeping employees engaged by maintaining transparency in terms of their explaining their game plan and the strategies to bounce back into the business, then the employees shouldn’t leave it with some better pay hikes at hand. Such transparencies give an assurance that the company has plans to come back and fight to survive this issue. While the fight-back plans may get delayed, the employees shouldn’t be expecting an increased payout in those difficult times. Rather, they should stand by the firm and be an integral part of the fight.

However, if there is lack of transparency or assurance of any kind, and if the employees feel that that the industry or sector itself — say events, hospitality, entertainment — has very slim chances of survival, then they should take the hints and start exploring new options.

Within a month of the lockdown, industries such as healthcare, online education, e-commerce and food became sectors of the future. Similarly, many professionals have gained in terms of value and job security – online sales, customer support, digital marketing, coding, supply chain & logistics professionals.

Anil Mohanty, CHRO, Medicabazaar, is of a variant belief. “Very few companies are hiring at this point of time. The sectors/companies thinking of building their organisations during this lockdown, are clearly the ones that have a robust and clear vision and definitely want to retain their value and worth in the industries. Opportunities being offered in such sectors should be grabbed. Those in the uncertain and volatile sectors must venture into the spaces offering new jobs. Having said that, one has to deliver, in terms of performance and productivity, as that will be the only parameter of sustenance at the new workplace,” opines Mohanty.

Mohanty calculates that currently 80 – 85 per cent of India’s retail market share is with the unorganised retail market, that is, the kirana stores. They command over 90 per cent of the food and grocery segments, which account for 65 -70 per cent of India’s total retail sales. During the pandemic, the relevance of these stores increased due to familiarity, proximity and the convenience offered. Therefore, clearly, there is an advantage in the e-commerce industry collaborating with neighbouring stores for last-mile delivery.

Although specialised jobs, such as that of Java and Python developers, will continue to hold openings, any switch will have to be made at a calculated risk.

A new HR profile to handle remote work: Is it essential?