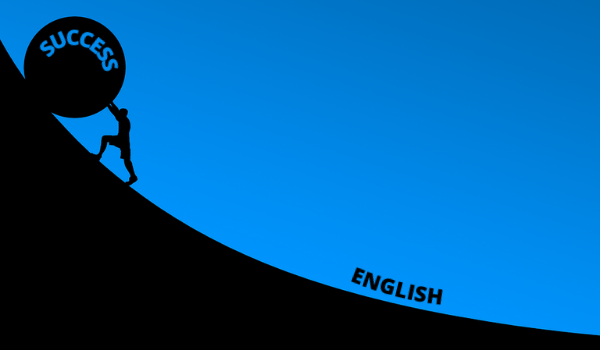 English is a global language. It has become so important in everything in our lives that even people’s calibre is judged based on how well they speak the language. Speaking in English during job interviews has become an involuntary response now. It has come to be the language of success.

If one were to google the definition of ‘language’, one will find that it is just a principal method of human communication. That makes English simply a means to an end. Often, there have been cases during recruitment when the fluency of the same language has threatened to determine the fate of a candidate. Several instances of the same can be found in the testimonials of candidates who felt they were rejected because of poor language skills.

In the corporate world, there’s a reason why English is seen as a language of importance. Multinational companies have global partners and it is necessary to be able to hold a conversation with them. That’s where English comes in handy, being a universal language. So, certain portfolios demand proficiency in that particular language. It’s not a skill set but a job requirement. But the opposite is true as well. There are countries, such as China and Japan, that put a lot of emphasis on the local language irrespective of the position a person holds.

However, HR experts unanimously believe that English alone cannot be a reason for hiring or not hiring a candidate. After all, in case of coders, JAVA or C++ are the languages they should be adept at rather than English.

S V Nathan, partner and chief talent officer, Deloitte India, will surely hire a person who is a driven individual and can communicate her/his thoughts. “Clarity of thought is important. All jobs don’t need English. If a person can communicate well, is a go getter, but cannot really speak Queen’s English, I would still hire that person.” Given the diversity India keeps boasting about, we have a plethora of languages. Nathan believes that if the job profile so demands, it makes sense to encourage candidates to speak in their native language.

As Nathan rightly mentions, it is the demand of the job that should determine what’s acceptable in terms of languages, during interviews. According to a report, when meeting new people, 38 per cent of the impact is from the quality of our voice, grammar and overall confidence. So what we say and the language we say it in makes a difference here for sure. But like the report states, language isn’t and shouldn’t be the only means. People in the supply chain may not necessarily know English but are still able to get along.

Giving the example of China, Thailand and Singapore, Emmanuel David, director, Tata Management Training Centre (TMTC), points out that in these countries, English is not even a necessity. “In such countries, the communication means is a calculator. They will use an interpreter and get along. In the world, the most spoken languages are Mandarin, Spanish and others. In our country, there is a correlation between language and urban living. Unfortunately, it is in the semi-urban rural areas that people need jobs. If they have skills and can express themselves, they should be given an equal opportunity. Also, what good is a language skill without competency and capability?”

David thinks people should look at regional languages as well. It shouldn’t be fanatical but used as a communication. There are also other issues that this country faces. “Many of our countrymen are illiterate. When people do not know a language, they become shy or turn into introverts. How do we bring reasonable opportunity to such people? As long as drive and motivation is there, people learn. Unfortunately, many people from economically lower backgrounds are spending a lot on English coaching, just to be competitive,” he says.

David also believes that for people who are talented, language does not really matter, and that it shouldn’t become a barrier for good talent. He has hired people who are technically qualified, but not necessarily proficient or fluent in English. Biases shouldn’t keep good talent away.

Adil Malia, chief executive, The Firm, feels that our education system has been misdirected. As a consequence, logic is flubbed for mathematics, environment for geography, lessons in leadership for history and communication for language. Unfortunately, organisations find themselves at a junction, where even highly-educated professionals carry impressive degrees and certifications but not the skills required for effective leadership where the rubber hits the road. Ability to communicate effectively is critical for leadership, which unfortunately has been misunderstood to mean – fluency in English, Westernised fence and presentation skills. And this is where things go wrong. “Leaders do not speak nor understand the language of the people on the floor. Also, their anglicised and stylish skills of communication tacitly alienates them from the masses who clamp themselves down and do not, out of inferiority complex, communicate their concerns and views with their leadership. No brainer then to say that communication is more critical than the ability to speak or present in English at the workplace like a professor of English literature,” Malia points out.

However, Malia agrees that certain specific roles may require English language skills, such as MarCom, PR and media management, but even in such cases, communication skills supersede specific language skills. “At centres where leadership is assessed, I have personally encouraged participants to speak in the language they are most comfortable with and conversant in. I value the ability to convey ideas as more important to leadership. Ability to clearly express their ideas and views —through logic, appeal and thought — to get a breakthrough with the internal and external audience/ stakeholders, is the ultimate determinant of leadership success,” Malia explains.

It is quite evident that speaking English fluently during interviews doesn’t guarantee similar proficiency in skillsets. At the end, people need to be hired for their skillsets, making language a secondary medium.

How ‘Quiet Quitting’ can harm you

How cultural changes will ensure success for the new hybrid work...