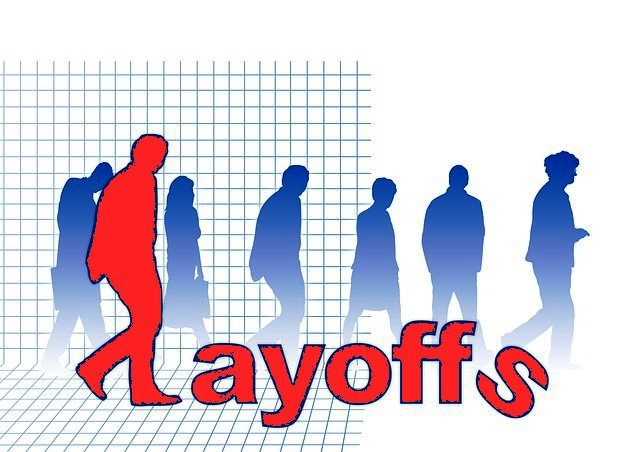 Loss of job is undoubtedly an emotional time when people feel alone, scared and vulnerable. It is important for an employer to smoothen the termination process, show compassion and empathy and re-instate trust. The employees must see the decision as a necessity for business rather than a witch hunt!

A few years ago, a large multinational advertising agency acquired a small local creative outfit owned by two celebrated hotshot creative directors of the country. The acquiring agency had two key objectives in mind. First, to get the two prestigious and coveted brands on board that were part of the creative outfit’s clientele. Second, the acquisition would mean that these two celebrated creative directors will now be part of the larger agency’s talent pool. Such acquisitions are quite rampant in the Indian media and advertising space.

However, the company had little interest beyond the owners and the two brands. The 40-odd team members of the acquired creative agency were, in fact, a burden for the acquirer. Downsizing is what the large multinational advertising agency group was looking at and the HR head of the agency got the mandate of doing the dirty job.

As the agency was itself in the business of brand building, it had foreseen the negative impact on the brand, which would follow result from the mass retrenchment.

Therefore, the new management decided to implement the downsizing more humanely, and with generous severance packages.

Besides, both the new and old owners were full of gratitude for the contributions the team had made over the years, in building the creative hotshop, and they wanted the same to reflect in the downsizing process. Advertising as a business is fully talent led, so employee branding is crucial.

In addition to the severance packages, the agency went a step ahead and did what was beyond the statutory requirement. It ensured that many of the employees were outplaced — the old owners themselves spoke to their friends in the industry who were heads of other agencies. Also, several employees were retained as freelancers or consultants so that they could be absorbed again full time, once the business was steady.

“Layoffs are tough and a test of sensitivity and compassion. Managing reputations through these tough times is important for both the organisation and the individual,” says Sujaya Banerjee, chief talent officer, Essar group.

It is important that during adverse situations, organisations should understand and imbibe the values they have talked about during good times.

“As it often happens, when situations go beyond control, the entire senior management team starts singing the same chorus, trying to justify the act — ‘we have excess manpower and we can operate with much lesser headcount, and hence let’s go ahead with the layoff.’ This is why every organisation should have a strong manpower plan with the right size,” asserts Ravi Misra, regional head-HR, South Asia & Middle East, Birla Carbon.

The fact remains that, hiring the right talent gives the competitive advantage to any organisation. But, going overboard on this philosophy can prove to be fatal. More often than not, while organisations are expanding, they go lavish on this manpower inventory.

“Creating pipelines and bench is the latest fad! However, the question is— are we being smart or will we be outsmarted by the layoff crisis? The answer lies with the ‘elite’ group,” quips Deepti Kapoor, head-corporate HR, Aircel.

Layoffs are often a result of false estimations by the management—for instance, unmanageable business expansion plans of e-commerce players or process and technology enhancement in case of PSUs and IT Industry, or consolidation and shrinking of business in case of IT and Telecom. But the brunt has to be faced by the employees. The fact remains that when things go haywire, all of these create painful stories of layoffs.

“It can be easily avoided, if organisations avoid the luxury of headcounts during good times so that when there is pressure on margin or on the bottom line, employees do not become the victims of circumstances,” says Mishra, of Birla Carbon.

When layoffs become inevitable, what organisations can do is be compassionate, communicative, and also try to outplace wherever possible. Besides, a fair severance package is certainly imperative.

“Loss of jobs is always seen as failure of the ‘employment promise’ — employees invariably presume they are contributing well. The truth is that no one wins in this situation. However, it also remains a fact that employees do understand if communicated to transparently, honestly and included in the decisions made on the way forward,” adds Banerjee of Essar group.

“Layoffs should be dealt with passion and promise and not merely as ‘duty and responsibility’. There has to be passion to alleviate the ‘blow’ and promise to ‘re-settle the employees’,” concurs Kapoor.

“Financial loss can be partially compensated through attractive severance packages; the emotional shock is what requires to be managed well. Organisations need to gain employees’ confidence by clear, concise and simple communication. Transparency is the rule of the game. Organisations should neither make the employees victims, nor victimise the managers,” adds Kapoor of Aircel.

Managing the aftermath of motivation and positive contribution of those who are retained is another key area that cannot be presumed.

“In fact, any strategic rationalisation activity must be followed up with a series of employee development-related communication and socialisation initiatives. This helps augment the internal employer brand,” says Banerjee of Essar.

For instance, during restructuring and retrenchment in an Indian Oil and Gas company, a town hall addressing was organised to explain the ‘why’ of management action.

The address was not restricted to ‘What’ had happened, as it is important for the retained employees to know that their colleagues were treated fairly and with respect. Such activities reaffirm the faith of those who are staying in the organisation.

Outplacement helps organisations to be viewed as benevolent employers, who have thought beyond the routine and statutory requirements.

While it is the moral responsibility of organisations to outplace employees during the massive layoffs, it is not very easy unless they belong to or are part of big business groups, where they have the capacity to absorb internally within their other own business units.

Many a times, the employees in the organisations play a much better and bigger role in helping their affected colleagues by reaching out to their respective contacts to outplace them.

In one company, the employees agreed to take rotating layoffs to reduce the payroll burden. Another company decided to pursue a ‘share the pain’ strategy, where everyone from the plant manager to the janitor worked for five days and got paid for four instead, to accommodate the affected colleagues.

“During the last recession of 2009, I had noted that many acquaintances who were affected, including those who had returned from the US and Europe, were helped greatly by their friends and classmates to find jobs,” shares Mishra of Birla Carbon.

It is high time the Government worked decisively for social security schemes to support employees and help them sustain their families. The corporates should also rise to the occasion, and join the hands with the Government to welcome the proposal with affirmative actions and contributions. This will not only help acquire talent but also provide enough space to talent to use such career breaks as opportunities to enhance their capabilities, during lean times, for their development and continuing education.

With businesses shrinking and the environment getting more volatile and unpredictable, job losses and layoffs will continue being part of the business landscape for some time.

“In India, layoff is not just about ‘rightsizing or changing the business model’; it is a social decree. This mindset towards layoffs has to change. Organisations have to accept this reality in the same fervour as voluntary attrition,” concludes Kapoor.

Quirky jobs most people wish they had