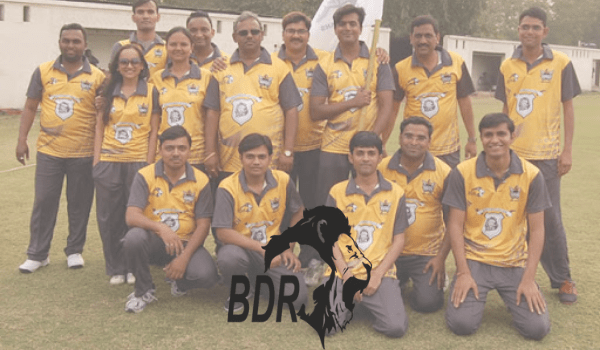 Those closely following global pharmas’ fight against the notorious coronavirus, will definitely have heard of BDR Pharmaceuticals. The Mumbai-based mid-sized pharma company grabbed headlines throughout 2020 for being a frontrunner in the race to manufacture drugs that fight the virus. At a time when there was an urgent need for a self-reliant supply of the virus-fighting drugs in the country, the home-grown company played a significant role in manufacturing Remdesivir vials for Cipla and making Favipiravir tablets available at competitive prices in the Indian market.

Most of it would not have been possible without the all-sanitised-hands-on-deck attitude that the BDR Pharmaceuticals’ workforce adopted soon after the pandemic hit. “Initially, the fear psychosis had seeped into pharma companies too,” notes Vijay Shitole, vice president – HR, BDR Pharmaceuticals International. “But again, people really responded to the call of duty. They came forward and worked very hard. It’s really not easy to come and work during such trying times, but they rose to the occasion,” adds Shitole.

Fighting from their labs

The workforce quickly became aware of the role they were about to play in humanity’s fight against the virus. “Like healthcare workers, our employees were at the frontlines too, in a way. They realised that they were the key manufacturers of critical COVID-19 medicines, so they had no reason to shy away from that effort,” observes Shitole. “Not just at BDR, but teams at other pharma companies have worked very hard as well.” It’s these selfless efforts of the workforce that enabled BDR Pharmaceuticals to distribute Remdesivir vials on compassionate grounds till stocks last and ensure that high-quality and reasonably-priced Favipiravir tablets are available in the market.

This boost in spirit to begin developing and manufacturing COVID-19-fighting medicines, even while waiting for approvals, was at a time when hotspots were at their peak, effective drugs and treatments were still being tested, and almost all governments were still headless chickens looking for solutions. “Some of our team members have personally delivered vials to COVID-19 hospitals because there was nobody else on-site who could go,” recounts Shitole. “It’s a small personal example that I can remember but many of my colleagues pulled similar feats during the pandemic.” 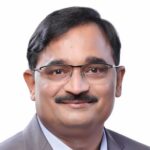 “It is a matter of pride that our team members stood by us during this pandemic. Whatever growth we are contemplating, we can only achieve it with team support.

Recognising that “human assets are very important for any organisation,” Shitole says, “It is a matter of pride that our team members stood by us during this pandemic.” BDR Pharmaceuticals’ fight against COVID-19 may have proved financially fruitful but the Company is well aware that it couldn’t have been possible without its people. Besides the usual increments to eligible employees, the Company also handed out bonuses. “All employees, across the board, received bonuses ranging from six to 20 per cent of their salary,” informs Shitole.

How does one go over and above to show appreciation for employee efforts that can only be described with the most overused word of the decade — unprecedented? The extraordinary valour displayed by the workforce inspired BDR Pharmaceuticals to introduce an employee loyalty programme, announced around Diwali last year. “There are always incentives for the salesforce and the like, but not many companies roll it out for their regular employees,” notes Shitole. “We’ve designed the programme in such a way that it’s not just about rewarding people but also gratifying them with amazing experiences.”

Bringing attention to the Company’s logo that features a lion and lioness, Shitole informs that BDR Pharmaceuticals has introduced unique top-performer categories across the group of six companies — namely BDR Lions and Lionesses, BDR Cubs and BDR Rangers. Explaining the programme, Shitole says, “For BDR Lions and Lionesses, we select the top five performers. In the first year of their nomination, they receive two months’ salary as a bonus. If the same person is nominated for a second year, they get a 30 per cent raise in salary. In the third year, they get a five-day company-sponsored international holiday with family. In the fourth year, they are entitled to a 50 per cent raise.”

Similarly, the BDR Cubs category recognises 18 top performers who are rising stars. In the first year of their nomination, the cubs receive a 10 per cent hike in salary and in the second year a two-month salary bonus. The reward for being nominated for a third year in a row is a five-day domestic company-sponsored holiday with family, and 30 per cent raise in salary in the fourth year. “The BDR Rangers are a special-mention category of 20 nominees who receive a one-time bonus and a letter of appreciation from the group chairman,” reveals Shitole. There are other perks up for grabs, such as a family dinner at a 5-star hotel, annual gym membership and leave credit.

Besides acknowledging employee efforts and continuing to encourage high performance, BDR Pharmaceuticals has also introduced the loyalty programme in a bid to position itself as an attractive employer. “We have embarked on a new global journey and have opened up in new geographies, such as Algeria, Iran, Moscow and Dubai,” informs Shitole. “The team is growing so we want to motivate new talent to join us and also to retain our existing talent.” This year, the Company is poised for 70 to 80 per cent growth and BDR Pharmaceuticals recognises that only its human capital can help achieve the figure. “Whatever growth we are contemplating, we can only achieve it with team support,” signs off Shitole.

45% salary hike for MD and chairman of ITC