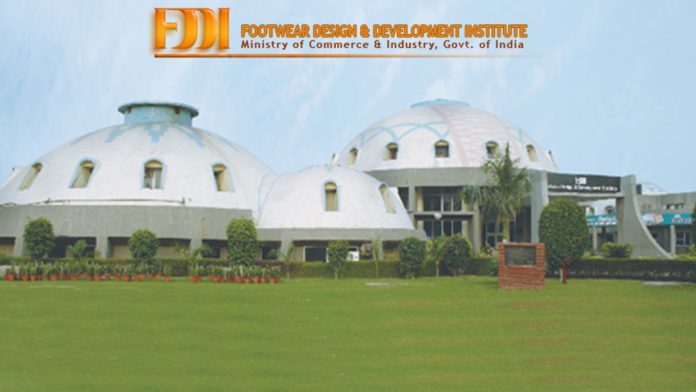 With the FDDI Bill coming into effect, the Footwear Design & Development Institute will now have autonomy in designing its courses and awarding degrees.

Footwear Design & Development Institute (FDDI) has been declared an ‘Institute of National Importance’ with the help of the FDDI Act 2017. The FDDI Bill, which was passed by the Parliament in July, 2017 has come into effect now.

Earlier, the Ministry of Commerce and Industry had proposed the FDDI INI Bill to the Parliament to support the Skill India mission of the Government.

Earlier, the institute couldn’t award a degree, but now with the FDDI Act 2017, the problem has been resolved and it now has the status of ‘Institute of National Importance’. The institute will be upgraded now to a position of eminence, which will enable it to serve the sector effectively.

Now the Institute will have autonomy in designing its courses as per the industry requirements and award its own degrees to the students. FDDI will also be able to independently develop and conduct courses, offering graduate and postgraduate degrees, doctoral and post-doctoral courses and research opportunities in the areas of footwear and leather products design and development, and allied fields.

Currently, FDDI has 2500 students in its eight campuses spread over the country. But now, it will be able to enroll 2500 more students in the upcoming admission session. Also, four new campuses will be built and become functional in the next academic session.

FDDI was established in 1986 to impart skill-based graduate and postgraduate courses in the fields of footwear, leather goods retail and management. It caters to the footwear, leather and allied industry and bridges the gap in this sector. The institute is well known in the country because of its state of the art laboratories, world class infrastructure and experienced faculty.