The Uttarakhand Assembly has passed the Bill to cut the salaries as well as the constituency and secretarial allowances of all the MLAs by 30 per cent.

The approval of the legislators will not be sought for the cut. The income tax will be deducted from the salaries of the Speaker and the Deputy Speaker.

Earlier this month, the Rajasthan government had also decided to cut seven days’ salary for the Chief Minister, cabinet ministers and the ministers of state every month. The MLAs will have a day’s pay deducted every month, whereas the All India State Service Officers will have two days’ pay deducted from their gross salary. A single day’s pay will also be deducted from the gross salary of the subordinate service officials and other state employees. The deducted amount will go into the Chief Minister’s fund for COVID assistance.

However, the deduction is not applicable to the judges, officers and personnel of the Rajasthan High Court and subordinate courts. The medical and health services personnel, and all employees of the Department of Medical Education, police department, as well as state government staff working in the pay scale of level one to four have been spared.

In April, the Union Cabinet chaired by Prime Minister Narendra Modi had approved an ordinance to slash salaries of parliamentarians and ministers by 30 per cent for a year in the wake of the pandemic.

Recently, two senior MLAs did raise the issue as to why the salaries of judicial officers are not deducted, while the legislators face pay cuts. 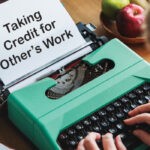