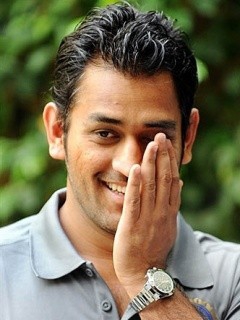 The author had the good fortune of playing a couple of matches against Dhoni in the dusty bylanes of Ranchi.

Mahendra Singh Dhoni resigned from captaincy of T20 and One Day Internationals yesterday; He had already resigned from Test captaincy three years ago. Undoubtedly, India’s most successful captain, he led the team to victory in the 2007 World T20 in South Africa, the 2011 World Cup in India, and the 2013 Champions Trophy in England. He was the first to put India at no. 1 in test ranking. Dhoni captained India in 199 ODIs, of which he won 110 and lost 74. He was captain in 72 T20s, of which India won 41 and lost 28. With 27 wins, 18 defeats and 15 draws, he was truly the most efficacious skipper. His decision heralds the end of an era that saw Indian cricket reaching greater heights.

I had the good fortune of playing a couple of matches against him in the dusty bylanes of Ranchi, much before this man made his quiet but spectacular arrival in the global arena. My first interaction with him happened during the same time as a rival team player. We were playing for opposite teams at club level for a tennis ball tournament in a ground called Sadhoo Bagan, unofficially yet popularly named after the caretaker of the ground. The year was 1999 and the world was talking about the Y2K bug. Indian software companies were making the big leap and MSD had just made his Ranji Trophy debut for Bihar that season as an eighteen-year-old. Needless to say he was spectacular in that tournament.  I, on the other hand, had just returned for my vacation from my hotel management job in Mumbai.

Since then I have followed his career with keen interest just like so many others, as an ardent fan and also as someone coming from the same hometown, Ranchi.

Here are the top 10 leadership lessons that everyone can learn from ‘Captain Cool’:

Lead from the front
MS Dhoni had led India to the title victory in the ICC World Cup, 2011 with a remarkable innings in the final against Sri Lanka at the Wankhede Stadium. But, besides his pyrotechnics with the bat, it is his leadership quality that set him apart from his contemporaries in world cricket. He has always led from the front and faced challenges head-on—something most of the corporate leaders should learn to do.

Walk the talk
As India’s wicket keeper, batsman and captain, MSD has broken many records and has proved to be the ‘go to’ man for any crisis. The trouble shooter in him always emerges, fearless, strong and confident in an emergency—traits every manager and leader should emulate.

Managing egos
In a hierarchy-led environment, Dhoni was catapulted to captaincy ahead of several established players in a team laden with stars and former captains. He took his time and didn’t interfere in their proven methods, and managed to extract the best out of these stars without ruffling feathers. Many young managers, who inherit legacy organisations, face this challenge at the workplace.

Uninhibited unique style
Hailing from a humble background, Dhoni never let this aspect hinder his style or behaviour, either on or off the field. His unique ‘helicopter shot’ was not a part of cricket’s rule book. In a competitive corporate world, you are often judged by your past, or stereotyped, and therefore, it is important to maintain a positive ego at all times.

Taking risks and observing what others have missed: Whether it is tampering with the batting order or choosing the bowlers, many of Dhoni’s decisions have been under scrutiny. But on most occasions, his spot decisions have paid off very well. Dhoni uses his best discretion to weigh a situation real time. This does not mean entrepreneurs and managers should take random risks, but they need to read between the lines and see what others may have missed. A manager/leader should be daring enough to spot this. The key is to take calculated risks.

Staying focussed
The ability to insulate yourself from your environment is vital for success, and Dhoni demonstrated this in abundance. An aptitude to cut through distraction and negative energy is one of the best traits of a leader in every situation.

Empower your team
Dhoni backs his players at all times with trust and confidence. This support gives them the ability to play their best and also endows them with a sense of responsibility to perform well. Team members need to feel safe to experiment, and even fail, on their way to success.

There have been instances when MSD’s decisions have backfired. He was always graceful enough to accept his mistakes and didn’t pass the buck to his other teammates. This has helped him build the required trust in the team, which, as is clear to everyone has only enhanced performance. Like cricket, running a business too is a team effort. Mutual trust and understanding among the team members is of paramount importance and it is the leader’s responsibility to build that.

Self-motivation
It takes a lot to transform a bunch of rookies into world champions. MSD did just that! Nobody gave a chance to the 2007 Indian team, which went on to become the inaugural T20 World champions, especially when the big stars took a break. Nobody thought that the home team could win the ODI world cup as there was no precedence. Corporate leaders need to be self-motivated to lead their teams through uncharted territories.

Respect your competitors
MSD always spoke highly of his opponents and praised them wherever it was due. Like a keen strategist, he learned from their strengths and worked on his own team, a trait every corporate manager should possess.

The story of Mahendra Singh Dhoni is nothing short of a fairytale. It’s about an ordinary man from a small town, who went on to do extraordinary things owing to his sheer grit and guts. And, as they say, fortune favours the brave. Luck too has been on his side. You don’t need to be a cricket fan to take stock of his leadership skills. The boy that I met at Sadhu Bagan in Ranchi has come a long way. There is a lot of cricket left in him, but most importantly, it is a hallmark of a true leader to recognise when it is time to pass the baton to the next generation.

HR of the future will consult, create, confirm and coach: Anuranjita...

When your positives work against you