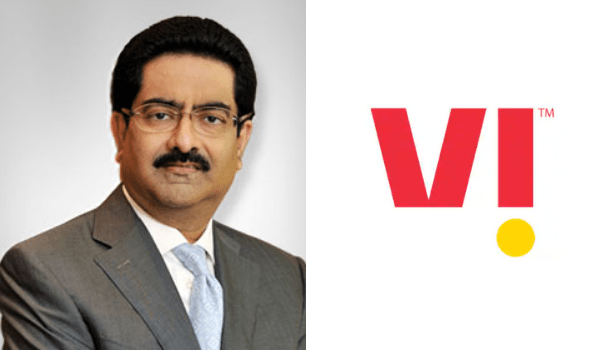 The board has also appointed Sushil Aggrawal, a nominee in the Aditya Birtla Group, as an additional director at Vodafone Idea.

As per ICICI securities, the Company’s liabilities stand at Rs 23,200 crore, which is due to be paid within the next 12 months. In contrast, the Company’s cash and cash-equivalent assets stand at Rs 350 crore and land and tax refunds account for Rs 3000 crore. Earlier, telecom companies including Vodafone Idea, Tata Teleservices, and Bharti Airtel pleaded with the Supreme Court to r- calculate the statuary debts to the telecom department, their plea had been dismissed on July 23.

In 2019, the Supreme Court passed a verdict allowing non-core revenues to be included in the statutary dues ending a 14-year long battle on the definition of AGR (Adjusted Gross Revenue). This increased the liabilities of companies such as Vodafone Idea and Bharti Airtel to more than Rs 90,000 crores.

With the stepping down of Birla, the stock price of Vodafone Idea also slid 34 per cent in three days.

Prabir Jha gets an extended portfolio at Cipla