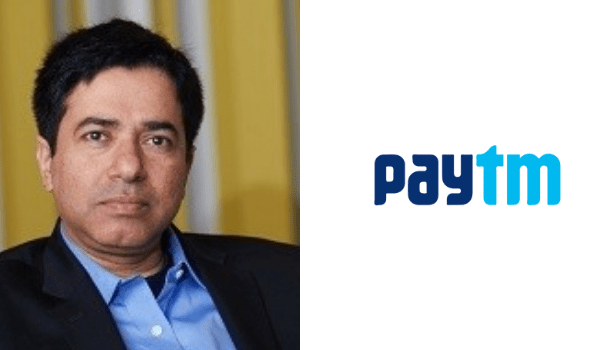 Paytm is seeking approval for its approaching IPO at a meeting, ahead of which it has witnessed major changes in its Board. Rohit Thakur, CHRO, Paytm, has quit the Company, with Amit Nayyar, president, Amit Veer, chief business officer and SVP, user growth, as well as Jaskaran Singh Kapany, head of marketing, Paytm, following suit. A few others have also put in their papers.

Thakur served as CHRO at Paytm for more than a year and a half. Before that, he was heading human resources for Accenture in India, from 2017 to 2019.

An alumnus of XLRI, Jamshedpur, Thakur also served as head of HR for Microsoft in India for more than four years, from 2012 to 2017. He moved to Microsoft from GE where he served as director – HR for well over 11 years. His stint at GE was the longest of his career.

A commerce graduate from Shri Ram College of Commerce, Thakur began his career with Eicher Goodearth as deputy manager – HR. Two years later, he joined Bausch & Lomb Eye Care as senior manager – HR. During his successful five-year stint there, he led the Learning and Development function for the Company and also served as the plant HR leader for the Company’s manufacturing centre in India. In 2000, he moved to Cadence Design Systems as compensation and benefits manager for a year, before joining GE.

Meanwhile, Paytm is preparing to file its initial IPO documents with SEBI and is looking at raising $2.3 billion. In what is expected to be one of the biggest IPOs in the country, Paytm is looking at Rs 22,000 crore IPO by Diwali 2021.