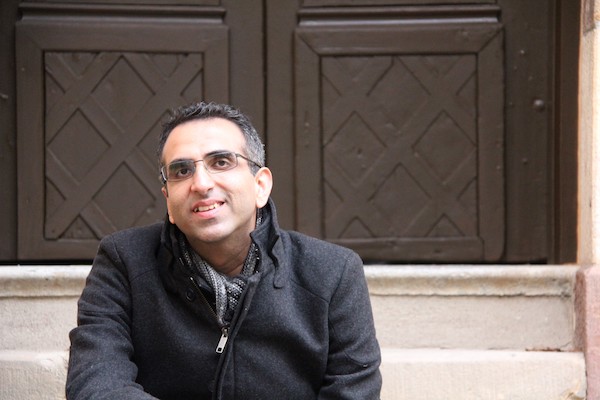 In just a little over 15 years, Arun Mirchandani, head-HR, markets and securities services, APAC (excluding Japan), Citibank, has ensured that his is a name to be reckoned within the HR industry. Having started his career as a recruiter and head hunter with EmmayHR, this commerce graduate has come a long way.

It is often believed that HR isn’t the first choice for most professionals. Mirchandani remains an exception though, and perhaps his passion for the discipline is what has scripted his success story.

Having looked up to his elder brother since childhood, it is he who advised Mirchandani to explore the HR space as a career option.

Mirchandani’s hunger and dedication towards venturing into the discipline is reflected by the persistence he showed while studying to become an HR professional. It took him three attempts to step into the Tata Institute of Social Sciences (TISS), where he earned his master’s degree in human resource management and labour relations.

After graduating from TISS, Mirchandani stepped into the corporate world with his first job at HSBC Bank as an HR generalist. His task at hand? Hiring, retaining and talent assessment. In addition, driving HR initiatives specific to business requirements.

Today, Mirchandani is based out of Singapore after being promoted to a new role. Prior to this, he was working in London where he was the senior vice-president & HR advisor for global markets, EMEA, a stint he believes was a turning point in his career. To move from an Asia-Pacific role to handle the Europe and Middle East markets certainly was a watershed moment for him since he had never dealt with developed markets before.

Not only work but both regions have a contrasting culture, Mirchandani readied himself to learn and unlearn to be successful at work.

Mirchandani credits his time at Citibank with immense growth opportunities. From being a campus relationship manager, today, he heads the HR function in the organisation.

He believes that the experience he gathered in India and overseas has helped him understand HR and perform better. Talking to HRKatha, Mirchandani says, “The reason for my success lies in the diverse interactions I had in the company. It offered me so many different opportunities and allowed me to work in different roles and HR functions in different regions. Citi has a great learning culture where every HR professional can hope to become an HR head one day.”

“My adViSe to youNG Hr ProFeSSioNalS iS to Be liKe a SPoNGe, leVeraGe tHe PoWer oF data aNd aBSorB tHe exPerienCe oF HaNdliNG diFFereNt ProCeSSeS WitHiN Hr. at a PerSoNal leVel, i BelieVe tHat BeiNG autHeNtiC aNd GeNuiNe are tHe BiGGeSt learNiNGS iN liFe”

Mirchandani boasts of a diverse career in terms of geography. Even when in India, he worked in different locations in the country.

Internationally, he has worked in Hong Kong from 2011 to 2016 and also did a short stint in Philippines, where he went on a project. Undoubtedly, it is a challenge for an Indian to handle HR in markets outside India. Mirchandani too admits that the initial years weren’t a walk in the park. He failed miserably in his first overseas role in Hong Kong. In a bid to make an indelible mark, he rushed into making changes. However, over the years, he has developed the virtue of patience.

In a new organisation, Mirchandani spends the first few months observing the environment. He learns from his senior colleagues through regular discussions before trying to introduce his suggestions.

“I always observed, learned from my seniors and applied that knowledge in my own HR journey,” he says.

Though he has been working in overseas locations for about five years now, Mirchandani finds it difficult to put his India experience behind. He cherishes the skills he acquired while working in the country.

“India taught me to be a data-oriented HR professional,” he says

Comparing the differences between India and other locations, such as Hong Kong, Philippines, London and now Singapore, Mirchandani explains that in India, there is a lot of respect for the hierarchy but in other places one can challenge the same.

“In the places I have worked, I had the freedom of disagreeing with my seniors and express it constructively,” Mirchandani says.

Mirchandani says that the key to become a successful HR leader lies in understanding relationship management. One needs to build positive relations with the employees of one’s organisation. However, at the same time, you must be able to crack the whip when required and be ready for tough conversations.

“tHe reaSoN For My SuCCeSS lieS iN tHe KiNd oF diVerSe iNteraCtioNS i Had iN tHe CoMPaNy. it oFFered Me So MaNy diFFereNt oPPortuNitieS aNd alloWed Me to WorK iN diFFereNt roleS aNd Hr FuNCtioNS iN diFFereNt reGioNS. Citi HaS a Great learNiNG Culture WHere eVery Hr ProFeSSioNal CaN HoPe to BeCoMe aN Hr Head oNe day”

He adds that another quality an HR leader must have is the ability to coach people, even the ones more experienced than you.

“Be like a sponge. Leverage the power of data and absorb the experience of handling different processes within HR,” says Mirchandani.

Remembering the people who made a difference in his career, he talks fondly of his current manager, working with whom he began his career overseas in Hong Kong.

“She was my first boss when I moved to Hong Kong. I left her tutelage for a while to learn and grow. Now, I am back reporting to her,” he says.

He also draws inspiration from the mentoring videos of the global CHRO of Unilever, Leena Nair.

At a personal level, Mirchandani believes that being authentic and genuine are his biggest learnings in life. He never fails to share this with young HR professionals and students each time he returns to TISS.

(This article was first published in HRKatha print edition) 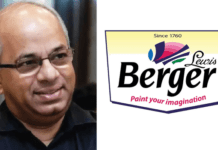