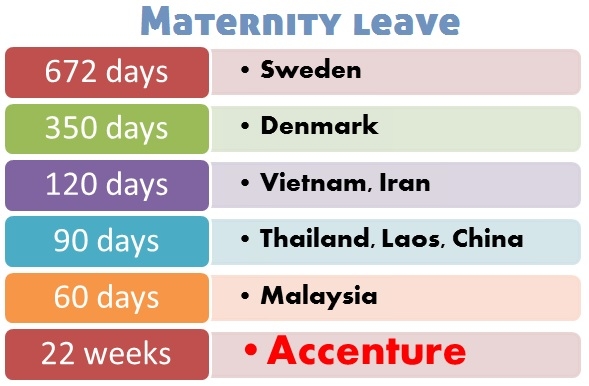 Accenture paves the way for retention of women employees by extending maternity leave to 22 weeks.

With workplaces becoming more women-friendly, Accenture India has set a benchmark, resonating the company’s policy of hiring, retaining and advancing women at every level.

The policy, which has been in effect since May 1, is being considered the first-of-its-kind initiative. It extends maternity leave benefits from 12 weeks to five months of paid leave. Additionally, women employees will also be entitled to an additional four weeks of paid leave if there is an illness directly related to the mother’s pregnancy.

Meeting the demands of children and childbearing has become an increasingly sharp challenge for both employers and employees. However, with its new policy, Accenture has given its employees a reason to celebrate parenthood. The company will offer its employees in India up to eight weeks of fully paid adoption leave for primary caregivers of an adopted child. It will also allow one week of paid paternal leave for new fathers.

Accenture’s comprehensive support for parents in India also includes access to a variety of resources, such as discounted childcare services, employee assistance programmes, interactive parenting workshops and pre- and post-maternity counselling sessions. In addition, employees can work with their supervisors and career counsellors to explore flexible work arrangements, such as working from home, where possible.

With such gender-sensitive policies, the company plans to achieve a recruitment goal of having 40 per cent women in the total percentage of new global hires by the end of fiscal 2017. Presently, Accenture employs 115,000 women, which comprises 36 per cent of their global workforce across 30 countries.

In an official communique, Parag Pande, Accenture’s Human Resource lead for India and global lead for Learning and Talent Development Operations, said, “There is an increasing number of families in India in which both parents have hectic schedules, balancing work and family commitments while simultaneously caring for children and continuing to advance professionally. This can result in some women being forced to give up their careers. We want to help our people balance family life and professional choices, supporting them through the joys and challenges of parenting, as they continue to focus on their careers.”

Recent times have seen the corporate world consciously choosing gender-sensitive policies, such as creche services and flexible hours. Vodafone, in April, this year, announced its progressive global maternity policy, which enables female employees in 30 countries to enjoy two maternity benefits. New mothers can now take up to 16 weeks of maternity leave at full pay, and also have the opportunity to work a 30-hour week at full pay for the first six months after they return from leave.

Globally, companies have started paying attention to the growing needs of parents by acknowledging their desire to spend time with their newly born children and adjusting to the changes in their lives. In the wake of the new era, the United Kingdom has introduced the concept of shared parental leave (SPL). The idea is to allow parents to be able to share a 52-week leave and decide how and when they want to take the time off. If mothers reduce their entitlement of 52 weeks of leave, then their partners may use the rest of the leave as shared parental leave. Unlike maternity leave, eligible employees can stop and start their SPL and return to work between periods of leave.

According to DiversityInc’s annual ranking, Procter and Gamble, one of the ten most diverse companies globally, has an inclusive policy to ensure that women do not suffer from a bump due to pregnancy. With gender inclusiveness as a top priority, it is only natural that the company’s board consists of 50 per cent women.

In a study by Sucheta Nadkarni, a management professor at Cambridge, merely having a quota requiring a certain percentage of women, does not suffice when it comes to retaining them in the company. Norway, for example, mandates that women make up 40 percent of a corporate board. It is a shining example of gender diversity in the boardroom but is nowhere near the top when it comes to retaining women on the board.

According to the study, the top country in women’s empowerment is Australia, followed by Norway, Denmark, Finland and Ireland. The ranking has a clear connection with provisions like maternity and childcare. Another key factor in getting women up the corporate ladder is a strong value gender egalitarianism system. 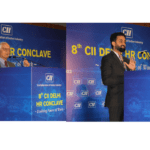 Work from home Fridays: a win-win