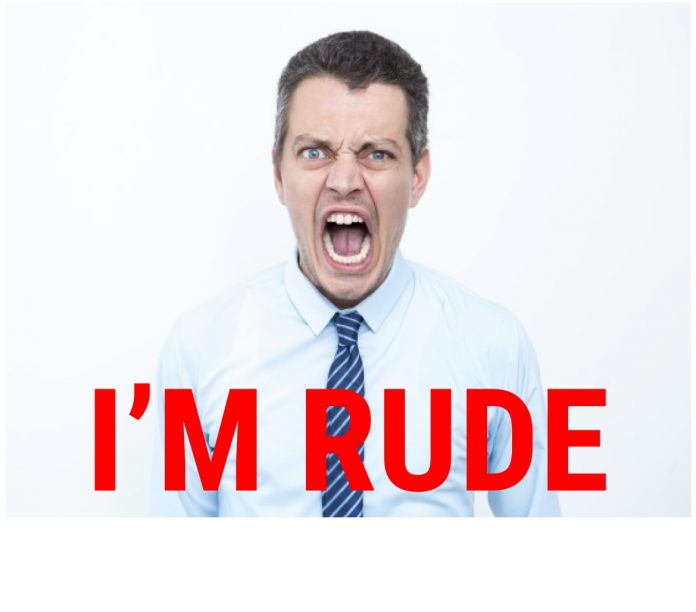 Rude behaviour is on the rise in workplaces worldwide, but what is being done about it?

“You won’t believe what my teammate did to me, today!” read my friend’s message on WhatsApp.

It was 9:30 p.m. and I was just clearing up after dinner. Her reply to my ‘tell me then’ came as an account of how her colleague had interrupted her presentation in a client meeting, while she was still talking, by a show of his palm. She was so astounded she could not continue. Once she had regained composure, she was interrupted a few more times, quite rudely, by the same colleague and even contradicted by him while discussing the key deliverables of the project.

The details had already been discussed with the team earlier before mentioning the same in the presentation. Yet, her colleague went ahead and overpromised to the clients. She tried to make him see reason but was dismissed.

My friend had earlier mentioned to me that this same colleague was known to take credit for the team’s work and revel in personal accolades even while bad-mouthing colleagues.

Many of the employees in her organisation were annoyed with him but did not seem to know how to do anything about it. They did not think his actions were bad enough to be reported or reprimanded for, and many times found that he shrugged their allegations off as if he did not realise the effect of his actions.

Interrupting others, arriving late for meetings, extensive use of cell phones for personal work, gossiping about someone, taking someone’s parking space, using unparliamentary language, excluding someone from office get-togethers, making fun of personal attire, showing up unprepared for discussions, making juniors stay late, not responding to urgent emails and many such behaviours have been cited by people worldwide as examples of uncivil or rude behaviour

While listening to my friend’s tirade on how it was so difficult to find ‘nice and polite’ people around these days, I was reminded of reading about ‘workplace incivility’ in a recent article titled ‘The Price of Incivility.’ The article mentioned that rudeness was on the rise in workplaces all over the world and this phenomenon had piqued the interest of many academic researchers. This seemingly innocent rude behaviour was termed as workplace incivility and defined to mean low intensity deviant behaviour at the workplace with ambiguous intent to harm the target, by two researchers, Andersson and Pearson in 1999. They viewed it as a violation of organisational norms for respect.

Subsequently, a lot of academics took to researching this phenomenon and in the last decade, this concept has garnered much interest, rightly so among practitioners as well. The definition of what actually constitutes ‘rude’ or ‘uncivil’ behaviour is not exactly crystal clear as the line blurs between ambiguity of intent to harm by the perpetrator and sensitivities of the target to perceive it as being uncivil.

Interrupting others, arriving late for meetings, extensive use of cell phones for personal work, gossiping about someone, taking someone’s parking space, using unparliamentary language, excluding someone from office get-togethers, making fun of personal attire, showing up unprepared for discussions, making juniors stay late, not responding to urgent emails and many such behaviours have been cited by people worldwide as examples of uncivil or rude behaviour.

Most managers would dismiss such behaviours as being ‘all in a day’s work’ but they fail to comprehend the ramifications of such seemingly innocuous acts. Studies (Porath and Pearson, 2001) have reported that victims and/or witnesses of such habitual rude behaviour at the workplace feel a sense of despair and disconnect with the organisation, lose interest in their jobs, feel stressed, get into conflicts with co-workers, suffer from low self-esteem and low productivity, contemplate quitting and many eventually do leave, while many others, even worse, become perpetrators themselves of similar levels of deviance. Some may even resort to more harmful forms, such as bullying, harassment or violence. These studies and reports have raised an alarm in American workplaces and also in offices of parts of Europe and Asia. In India, we still are struggling to define ‘rude behaviour’ since most of us are accustomed to bosses shouting at us on a daily, if not hourly basis, and take it wrongfully in our stride. Many of us use colloquial slangs and swear words to vent out our frustration at the workplace.