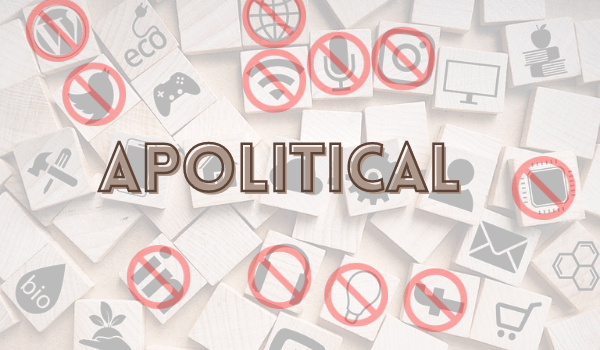 Recently, an employee of Kannur International Airport was reportedly terminated from his post after the person criticised the state government on his Facebook post. The employee was apparently unhappy with the Supreme Court’s verdict on the Shree Padmanabhaswamy Temple and made his opinions public. Getting busted for posting something offensive on social media is not a new phenomenon. James Gunn, a filmmaker, was removed from the director’s chair for Guardians of the Galaxy Vol 3, when his past tweets came haunting. However, in his case, it was a matter of political opinions and sharing them on social media. Having a say about an issue of national concern and expressing it on social media has been one of the routine activities in the last couple of years. That has quite often led to many terminations as well.

A Career Builder Report of 2018 suggests that 34 per cent companies found something on the internet, which prompted them to give certain employees the boot. The same report also reveals that about 43 per cent employers use social media to keep a check on their current employees. In a politically-charged country, such as India, instances of people expressing their opinions on social media are very common. These have led to many extreme decisions as well. The argument that many employees give here is that it’s their personal space and they have the right to express their opinion.

Many companies have elaborate social-media guidelines that employees have to adhere to. They are discouraged from writing anything unworthy about the organisation in a public forum. But what about political thoughts and reasoning? Should they be regulated as well? If yes, is it fair to curb someone’s personal opinion?

Rajorshi Ganguli, president and global HR head, Alkem Laboratories, believes it all depends on the code of ethics of the company. “Many dissuade employees from putting any politically-motivated posts on social media. Nowadays, the internet serves as a hard disc — once one puts out something on it, it stays for good. One can, of course, have a debate on soft topics, but anti-national posts will not be tolerated. One can have a neutral or mild opinion. If they are not offensive, it is okay. Freedom of expression cannot be mistaken as a means to write whatever one wants. It may hurt the reputation of the company.” Ganguli doesn’t believe such a thing always warrants a sacking. One can give a warning to the employee as well and ask them to remove those posts.

Social media is not going anywhere now that it is serving its purpose in more ways than one. For most people, this is the only gateway to share what they want to express. Many nameless and faceless entities are voicing their views and concerns on a regular basis now, and there are many experts who believe one of the post-COVID consequences will certainly be social-media activism. Raj Raghavan, senior vice president & head – human resources, Indigo, reasons, “Most people are at home and if one is working in a large organisations, one hardly gets the opportunity to speak to one’s manager. For the young people, the way to get their views registered is through social media. It’s a big influencer. They find a lot of comfort in being faceless, nameless activists.”

Indigo has a very clear social-media policy. “It doesn’t take away anybody’s right to express what they want to on social media, as long as that doesn’t come in the way of Indigo as a business enterprise,” Raghavan points out. But he does advise that one has to be responsible to not badmouth any key individual of the country just because they have a device in their hands. With the ability to be nameless and faceless also comes social responsibility.

Raghavan doesn’t feel it’s fair to severe ties with an employee just because her/his tweet is politically motivated. “An allegation of any sort needs to be investigated and a fair chance has to be given to the person to explain. These days, social media is its own judge. For instance, let’s assume there is a junior in a multinational IT company who posts something about Kashmir or Muslims. Immediately, someone picks it up and insinuates that it is an American company’s view of India. This is the problem with social media. I have seen people coming and saying it is ‘my personal right’. The problem is one can’t wear one’s company’s identity and put a video that denounces a gender, government, leader or community. The employer, doesn’t care if the employee has a personal view, because that is not reflective of the company’s view. The problem arises when these two start merging.” According to him, the best thing to do will be to just follow the company’s social-media policy. No company stops anyone from sharing their views on social media as an individual. “But when one’s individual rights merge with the company’s identity, I have a problem there,” adds Raghavan.

However, if a company is claiming to be inclusive in its talent population, shouldn’t it also include different and diverse opinions of the same demography? That is one question Balachandar N, business & human resource’s advisory would like to ask here. “I think if one is talking about diversity and inclusion, it includes sexual and political orientation as well. If one claims to be an inclusive culture, one should encourage people to have different orientation and political leanings. Who one votes for is as personal as what religion one practices.” Talking about the worker union culture from the 1960s and 1970s, Balachandar argues that most of them were politically affiliated. “There are many worker unions affiliated with political parties, such as the Bhartiya Mazdoor Sang with RSS and AITUC with the Communist party. For decades we have accepted unions with political leanings. So, why can’t we accept a software engineer expressing his opinion on some political party?” As long as the employees do not share any confidential information about the company, nobody should curb their right to express opinions.

Although HR experts have mixed reviews on the do’s and don’ts of politically-motivated social-media posts of employees, it is fairly clear that with great power comes great responsibility. Employees should be responsible enough to know and understand what they can and cannot share. As for the employer, a politically-charged post, ideally, should not be a means to decide whether to fire someone or hire someone.

A new HR profile to handle remote work: Is it essential?