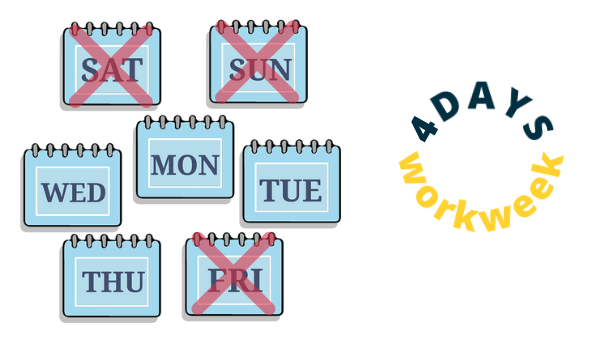 During the Monsoon session last year, the Government of India passed three labour codes — the Industrial Relations Code, the Code on Social Security, and the Occupational Safety, Health and Working Conditions Code, 2020. The wage code of 2019 has already made a lot of noise in the recent past. Continuing with the same, the GOI has announced recently that it is looking to include an option under the new labour codes wherein organisations can allow their employees to work four days a week. The weekly work hours have been fixed at 48 hours a week as is the standard. The organisations will have three choices — either fix 12 hours per day with a four-day workweek, or allow five-day work week at around 10 hours of work per day or opt for six-day work week with eight hours per day.

The Government insists that these are options being given to both the organisations and the employees to choose from; that this is in sync with the changing work culture norms in the country. People who work for four days a week will get three days off. Now, this isn’t really a new concept to the world. Microsoft in Japan had introduced the same and claimed that they saw a productivity rise of 40 per cent, with electricity costs coming down to 23 per cent. In India, however, while the CHROs are all for the flexibility the move grants, they are still cautious about how it will be rolled out and treated.

Ravi Kyran, chief human resources officer at Bajaj Auto, opines that it is just a means to provide more flexibility to the organisation and should not be seen as any dramatic HR policy. “What it means is that one can do 48 hours in four days or 48 hours in six days. That doesn’t mean it is four days of eight hours. This will lead to a lot of misinterpretations. There will be organisations where the volume of work will be more. They may not need to work for all days, and so, this flexibility will work here. Beyond that it shouldn’t be seen as any HR policy because the weekly hours remain fixed at 48 only.” 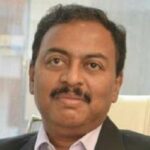 In the proposed longer duration workday model, organisations need to be alert and responsive to manage work fatigue, in order to arrest a potential dip in workplace productivity

Kyran also shares that many organisations are getting onto the bandwagon of letting employees come to work for a few days and work from home for the rest of the days. “In reality, it doesn’t matter. Looking at the management staff who are following this ‘flexibility’, it is a misnomer because employees are evaluated on output and not on the number of hours they clock,” Kyran points out.

Unilever New Zealand has introduced the four-day workweek initiative, where the employees work for four days a week but are paid for five. This year-long trial began in 2020. In a statement, the organisation reasoned that it introduced this experiment to see if it “brings material change in the way [employees] work.” Another firm in New Zealand, Perpetual Garden, introduced the same back in 2018. It reported a 20 per cent increase in productivity. Soon enough, it was made a permanent format.

In India, employees at many firms work more hours than what is prescribed, irrespective of the nature of the job. In fact, the big remote-working bubble burst this year when it was found that people were working more hours than they did in the office. On whether the new proposal of four-day workweek will benefit work-life balance, Rajesh Balaji, CHRO, Matrimony.com, explains, “We anyway work for 10 hours, sometimes even more. So it’s the flexibility which is the key here. There is no work-life balance as the two have already merged. When work-life integration has already happened, this kind of flexibility will definitely help. The disadvantage could be somebody being extremely rigid and insisting on working for 12 hours a day, for four days a week. The nature of some jobs will demand that people work on the fifth or sixth day as well. However, the disadvantages are minor. This is a disruptive initiative by the Government, which will benefit the industry in the long run, improve work culture and help people manage their strengths very well.”

He also believe employees can put things in order, spend time with their family, which will in turn boost the happiness quotient in the organisation. “France implemented the same but it has not increased the work hours. A country like India will take some time to reach there,” asserts Balaji.

Amit Das, CHRO, Bennett Coleman & Company feels that in today’s highly connected and networked organisation ecosystem, the start and end time of working hours is blurred. While millennial and gig talent may prefer this arrangement for flexibility to pursue alternate areas of interest, others may prefer it for the longer weekend to better manage their work-life balance. “However, a section of workforce will continue to prefer the existing workday duration with resistance to the new model,” points out Das. Organisations need to be agile in adopting multiple work structures and workplace rules across different pockets of business and workforce categories, to offer customised and divergent options for a multi-generational workforce to remain an employer of choice in the talent market.

“Studies have shown increased employee motivation and engagement when organisations offer such hyper personalisation in work arrangement, where employees are empowered to decide the right mix of their presence in today’s phygital (physical+digital) workplace. In the proposed longer duration workday model, organisations need to be alert and responsive to manage work fatigue, in order to arrest a potential dip in workplace productivity,”  cautions Das.

France had introduced the four-day week work culture many years back and had become the envy of professionals worldwide. However, a BBC report from 2014 suggests that the 35 hours a week move is mythical at best. The report quotes a few professionals from France claiming they have worked 45-50 hours a week. According to France’s national bar association (CNB), 44 per cent of the lawyers put in almost 55 hours per week to get their job done, in 2008.

There certain are a few rough edges that need to be taken care of, like N V Balachander, executive director, human resources, Ashok Leyland puts it, “It’s a positive move, but we should guard ourselves from misuse of the long working hours and double employment.” The misuse of long hours is in terms of not giving appropriate breaks and refreshments.

However, Nihar Ranjan Ghosh, president – human resources, Emami, is of the opinion that India as a country is not ready for a four-day work week structure, when the per capita income is so low. “I don’t think Indians deserve three-day long weekends. We are still in the process of building the nation. I would rather support people putting in an extra day of work. I don’t think we, as a nation, have amassed enough wealth that we can enjoy three days off every week. It’s about time we became serious about putting more work days. As a nation, our per capita income is nearly $3000, what recreation will we do in three days of work? I would rather continue with the five-day workweek with the usual eight hours per day. Also, given the state we are in now, people should come in to work more. Three-day weekends can happen in countries, such as Norway and others where per capita income is $50-50,000 per annum. They have enough wealth to let employees take three days off. Maximum workers in India are paid close to mini
mum-wage salaries,” points out Ghosh.

He further adds that one can’t create a combination where some will choose to do 12 hours, some five days and others four days a week. “India still hasn’t come to a stage where we can offer an ala carte choice”, he adds.

Hopefully, before full adoption and implementation, the rough edges around this initiative will be sorted out.