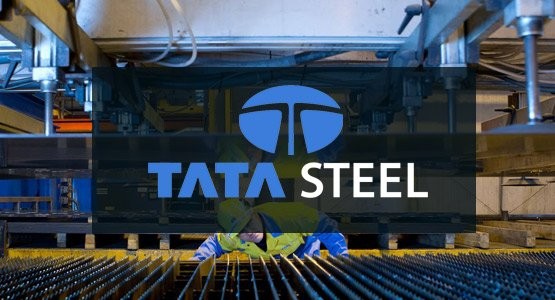 Tata Steel recently launched an interesting pilot programme for its maintenance crew, comprising workers who look after the plant and heavy machinery in its factories. These employees can now look for work outside the organisation as well!

There used to be a time when technology was not as advanced as it is today, and maintenance required at the plant was frequent, which meant the crew was expected to be on duty at all times. Of late, it has been observed that breakdowns in heavy machinery do not happen as often because of technological improvements.

As a result, the maintenance employees end up with a lot more free time on their hands than before. While the normal shift comprises eight working hours, their presence is actually required for hardly three or four hours. They are free for the remainder of the shift, which means, they are not engaged throughout the day.

We need to make sure that we are successful so that we can set an example for the rest and establish a concept. The success here may encourage more workers to enroll for the programme in the future

Suresh Dutt Tripathi, VP-HR, Tata Steel, says, “We thought this is the white space in the painting. Why not convert and train them to become gig workers instead?”

Tata Steel rolled this out as a pilot programme in September, 2019, and at the moment it is limited it to the blue-collared workers in the maintenance crew. “People can now utilise their time to learn new skills and also earn during this period”, says Tripathi.

Presently, these workers are being trained in computer literacy by the organisation, so that they are equipped with the skills relevant today. Tripathi highlights how many of the workers have been quick on the uptake of these new skills and are learning quickly. Many of them have completed their diplomas in engineering before joining Tata Steel. They are quite educated and are able to grasp new skills quickly.

“With industry 4.0 and automation, our requirement of manpower will lessen. Workers at Tata Steel are already training for the shift about to happen in the near future”, says Tripathi.

The workers are only being trained in computer literacy for now. Apart from a basic knowledge of computers they are being trained for back-office jobs, such as data entry and making spreadsheets. “At the moment, we have around 50 people being trained”, adds Tripathi.

There are no criteria as such for selecting who gets trained. In fact, it is the workers themselves who decide. First, those groups or workers are identified who have a significant amount of free time due to lack of available work in maintenance. They are offered the training programme and the ones who sign up are enrolled. Tripathi warns that since the initiative is something entirely new, they cannot push the workers in any way to take up the programme.

“We need to make sure that we are successful so that we can set an example for the rest and establish a concept. The success here may encourage more workers to enroll for the programme in the future”, says Tripathi.

Out of the ones who have volunteered, the first batch selected for training is composed entirely of youngsters who are most likely to grasp the training easily.

There are different sets of people who have shown interest in reskilling. The first set is composed of those who hold the basic qualifications, that is, those who have passed classes 10 and 12. Tripathi mentions that the learning quotient is quite high amongst this lot. The second set comprises those who hold a diploma in engineering—mechanical or electrical.

The third set of people consists of senior workers who have joined 20 or 30 years back. The numbers are not as encouraging for this set. However, Tripathi mentions that they are getting comfortable and slowly learning the ropes. In this mix, the first two groups make up the larger population of workers who have enrolled for the programme.

The programme began in September last year, and Tripathi is certain that in a span of six months these workers will be job ready.

The biggest benefit for these workers is that they will be able to work other jobs from inside the plant itself! These workers have a common room of sorts, where they gather each morning, attend meetings and have their duties assigned. In this room itself, Tata Steel has set up desktops with full connectivity and all essentials so that workers are able to learn and gig-work, while being as close to the plant as possible, to help maintain the machines whenever needed.

“There is a capability-building team, which works closely with the talent-acquisition team in the organisation. This team helps these workers find jobs after their training”, explains Tripathi, adding that at the moment there is no online portal through which employees can find work, since these workers are not as familiar with the mechanisms of online job search. Perhaps it may happen in the future, but at the moment it is the capability-building team which is training them and will help them find work. 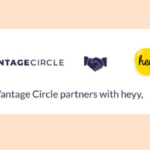